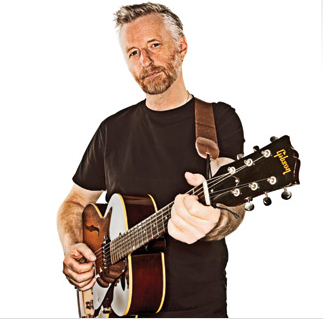 Bill Bragg is set to headline the El Rey Theatre on Thursday, March 28 with support from Kim Churchill. In the two decades of his career Bragg has certainly become perhaps, the most stalwart guardian of the radical dissenting tradition that stretches back over centuries of the country’s political, cultural and social history. His songs are full of passion, anger and wit, with a stark strummed electric guitar and even starker vocals with a keen sense of melody and deeply humane lyrics; a one man Clash. Bragg is touring in support of his new album, Tooth & Nail, released March 19.

Tickets to Billy Bragg are priced at $32 and the show is all age. Doors are at 7:30 with Kim Churchill opening up at 8:30pm, followed by Billy Bragg. You can buy your tickets here or enter our contest below for a free pair of tickets courtesy of Grimy Goods and Goldenvoice.

First make sure you’re following Grimy Goods on Twitter here and/or “like” our Facebook page here. Next, email ggcontests@gmail.com with your full name for guest list and a clever reason why you want a pair of tickets to Billy Bragg at the El Rey. When you’re done with your email, send us a Tweet (see below) so we know you entered the contest or you can post on our Facebook wall. We’ll select a winner that has done all of the above mentioned. Winners will be announced via email, Facebook and Twitter on Tuesday, March 26. Winners will have until 10am, Wednesday, March 27 to reply back to our email and confirm their win.

FACEBOOK: Just leave a comment on our wall letting us know you entered our contest for tickets to Billy Bragg at the El Rey