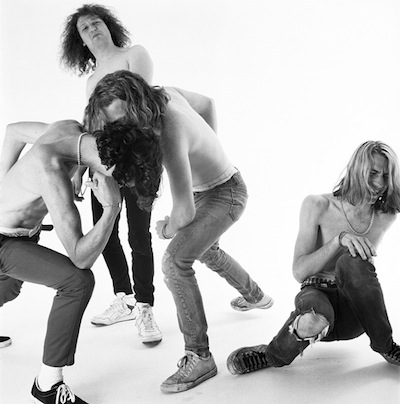 This April marks the 25th anniversary of Mudhoney and Sub Pop Records. We owe it to Sub Pop records to house Mudhoney, and there could be no better band to represent the label, past, present, and future. Two and a half decades later, Mudhoney remains implanted onto our brains and it even seems the band itself keeps their sarcastic grins on their faces. In a world where the newest of the new can only survive, Mudhoney surpassed all with their ninth studio album. They keep the grunge spirit alive, kicking out garage-rock-punk-infused-psycho-blues jams and still ignoring the trend of the day. Joining them are The Freeks, San Diego’s original weirdos, psych-heads, beatniks and everything else between the shores of San Diego to Seattle. It’ll be a historical event, put on your best tattered plaid shirt and camo shorts and join us at The Echo.

Tickets to the event are $20-$24, doors open at 6pm, and the event is all ages. You can win a pair of tickets with us by entering the contest below.

First make sure you’re following Grimy Goods on Twitter here and/or “like” our Facebook page here. Next, email ggcontests@gmail.com with your full name for guest list and a clever reason why you want a pair of tickets to Mudhoney at the Echo. When you’re done with your email, send us a Tweet so we know you entered the contest or you can post on our Facebook wall. We’ll select a winner that has done all of the above mentioned. Winners will be announced via email, Facebook and Twitter on Tuesday, April 2. Winners will have until 10am, Wednesday, April 3 to reply back to our email and confirm their win.

TWEET: Hey @GrimyGoods, I entered your contest for FREE tickets to @Mudhoney_ on April 14 @TheEchoLA. http://ow.ly/jDNFp

FACEBOOK: Just leave a comment on our wall letting us know you entered our contest for tickets to Mudhoney at The Echo.