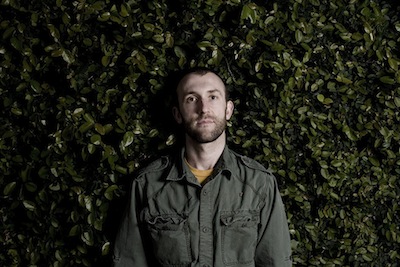 Practically a legend of hip hop, RJD2 headlines the Echoplex on April 18. RJD2 was too out there for record labels in the 90s, but the new millennia gave him freedom to produce instrumentals and weird hip hop. In 2002, “Dead Ringer”, RJD2’s first album was released and launched his career. He toured the world from Europe, Japan, and the US several times, opened for DJ Shadow, and gained the attention from David Lynch and Mark Ecko, all within two years. In 2004, he released, “Since We Last Spoke” and headlined his first tour through the US and Europe. He was toured with countless rappers and singers. RJD2 is doing it all, which everyone can admire. Starting off as a rookie to an independent musician. Who knows what he will do for his next album, but we’re excited to see what happens next.

First make sure you’re following Grimy Goods on Twitter here and/or “like” our Facebook page here. Next, email ggcontests@gmail.com with your full name for guest list and a clever reason why you want a pair of tickets to RJD2 at the Echoplex. When you’re done with your email, send us a Tweet so we know you entered the contest or you can post on our Facebook wall. We’ll select a winner that has done all of the above mentioned. Winners will be announced via email, Facebook and Twitter on Tuesday Apr. 16. Winners will have until 10am Wednesday, Apr. 17 to reply back to our email and confirm their win.

TWEET: Hey @GrimyGoods, I entered your contest for FREE tickets to @RJD2 on April 18 at @TheEchoLA PLEX. http://ow.ly/k5nSf

FACEBOOK: Just leave a comment on our wall letting us know you entered our contest for tickets to RJD2 at The Echoplex.

For more cool shows coming up at the The Echoplex click here. To enter other Grimy Goods contests, click here.