Last night kicked off day one of Coachella weekend two. It was hot, it was dusty, it was dry as hell — my allergies were going crazy with their own multiple personalties — however, the music was incredible and made all my ailments disappear will in the presence of such breath-taking performances.

The YEAH YEAH YEAHS were on fire. Karen O walked out onto stage with quite the flamboyant, banana yellow ensemble. With the words “Violent Fuzz” embossed in hot pink across her back, the familiar intro of bass fuzz lent the crowd some instant excitement as the Yeah Yeahs Yeahs opened  their set with “Zero.” The Yeah Yeahs Yeahs nailed song-after-song — from the classic hits, to the latest tracks off Mosquito. Oh, and the crowd really enjoyed those creepy massive beach ball-like eye balls that were thrown into the sea of fans and remained in motion through the end of their set.

BLUR were fantastic. You couldn’t even tell that they actually hate working together. And from what we were told by friends who attended Coachella weekend one, their Coachella weekend two performance was far more exciting than weekend one. Front man, Damon Albarn owned the stage he stood on with full passion and animation, no veteran fan left their performance in disappointment.

By far the most badass performance of the evening was GRINDERMAN. Nick Cave and his Grinder men were sheer chaos. Cave was like a lunatic as he yelled the frantic lyrics, “Tippy–toe tippy–toe tippy–toe tippy–toe” as though he were a weirdo in a psyche ward. It was surreal to stay this least, and absolutely moving. Cave and his right-hand guitar man, Warren Ellis, had incredible stage chemistry as Cave playfully kicked him in the ass. Switching over to a tiny guitar, Ellis wailed and made that mini scream, as Cave went wild into the crowd, practically walking on the hands of fans.

HOW TO DESTROY ANGELS were very artsy behind that electronic curtain of lights. Interesting show, and most powerful in its visual experience. While they’re studio album is rather bleak, they’re live show brings their music to life and is what makes them exciting.

JAPANDROIDS, these dudes just kick ass. Punk fucking rock. That is all.

JURASSIC 5 had me running from the Grinderman performance just so I can make it in time for my favorite song, “Jayou.” J5 was on point with them old hip hop vibes and had me, along with the crowd dancing from start-to-finish. During a brief intermission, Cut Chemist and Nu Mark blew fans away with their free-style set. I have no idea what kind of funky apparatuses they were wearing on their chests, but these two talented beat-makers blew our minds.

JAKE BUGG, why did you finish your set almost 15 minutes early? Dislike. It would have been nice to hear his classic voice the full duration of his proposed set. We still love you, little Bugg.

By far, JELLO BIAFRA was one of the best performance of the evening. The former Dead Kennedys fron-man was a raw fireball of punk rock energy. He was jumping across the stage and into the crowd; at one point his feet were in the air. He also brought the weirdness with his stage antics when he started acting like a mime. Most memorable, Jello absolutely crushed it with “California Über Alles.” He brought this old DK single back to life and all old the old punks in the crowd remembered what punk was made of.

Oh, JOHNNY MARR — we love you. The former Smiths guitarist had fans by the balls as they falle in love with his every move. Coming onto the stage dripping of confidence, Marr grabbed a rose that a fan had thrown on stage and placed it in his mouth for a bit of his opening song. It was quite charming. After the sweet charm was over, Marr took that guitar to town and provided fans with memorable rock show.

OF MONSTERS AND MEN were fantastic as always. And don’t you worry Of Monsters and Men, the Coachella snail loved you guys despite your vocalized concerns.

PALMA VIOLETS were quite the pleasant surprise. These English boys sleighed their performance and proved to be a great new band worthy of attention. I loved the end of their set where band members performed the remainder of the show crowd surfing or dancing with fans.

THE SHOUTING MATCHES … we’re not quite sure how we feel about you guys yet. Nothing really stood out except for that it’s Bon Iver’s new band. WOMP!

Click through the photo gallery below to view more Coachella photos, from live music and fashion — to scenery and the crazy crowds! 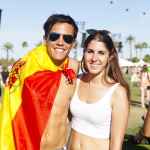 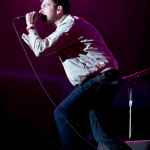 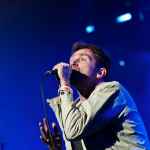 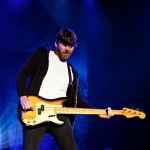 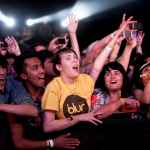 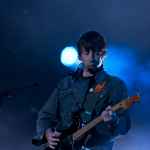 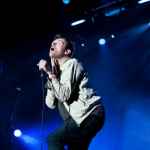 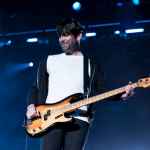 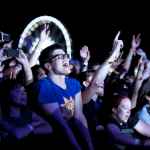 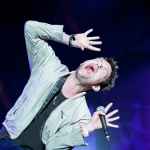 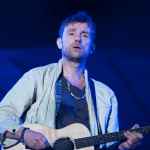 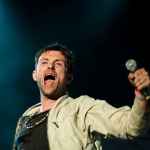 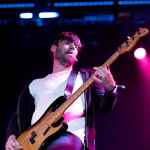 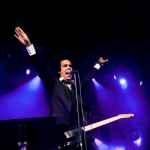 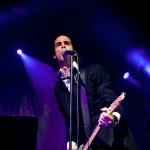 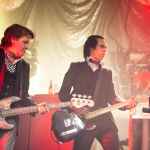 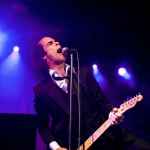 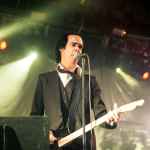 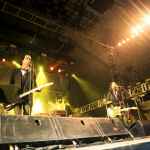 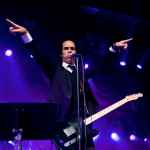