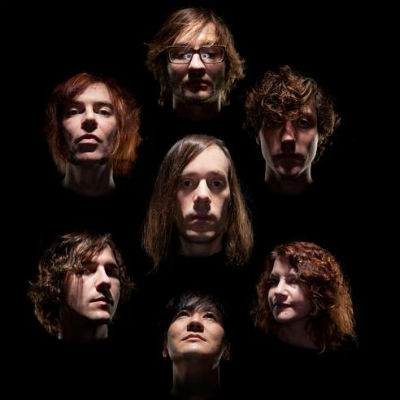 Of Montreal have just kicked off their Summer tour with an early stop at the Echoplex on Thursday, May 9.  The band defies definition with their smorgasbord of intriguing sounds.  Their album Paralytic Stalks dropped in Feb. 2012 but the band have already finished an even newer and different album, Lousy With Sylvianbriar, due out in Fall 2013.  Never a dull moment in Of Montreal’s world – catch ’em live!  Supporting act is Wild Moccasins.

The night’s event starts at 7:00 p.m., is all ages and tickets are priced at $19-22 via Ticketfly.  But guess what, advance tickets are SOLD OUT and there are a limited amount available at the door.  So you can take your chances to win a FREE pair of tickets by entering the contest below, courtesy of Grimy Goods and the Echoplex.

First make sure you’re following Grimy Goods on Twitter here and/or “like” our Facebook page here. Next, email ggcontests@gmail.com with your full name for guest list and a clever reason why you want a pair of tickets to Of Montreal at the Echoplex!  When you’re done with your email, send us a Tweet so we know you entered the contest or you can post on our Facebook wall. We’ll select a winner that has done all of the above mentioned. Winners will be announced via email, Facebook and Twitter on Tuesday, May 7. Winners will have until 12pm Wednesday, May 8 to reply back to our email and confirm their win.

FACEBOOK: Just leave a comment on our wall letting us know you entered our contest for tickets to Of Montreal at the Echoplex on May 9.