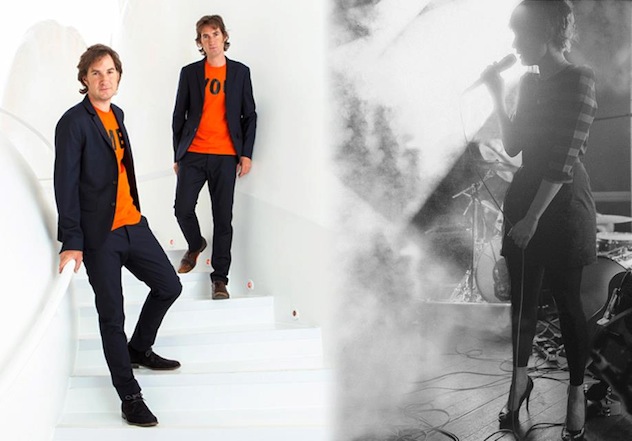 EDM dance technicians, The Egg headline The Satellite on Tuesday, May 14. Their music is influenced by everything around them and inspired by artists such as Pink Floyd, Daft Punk, DFA Records, Hot Chip, and the nugaze scene. You could imagine how they sound live – electronic, rock, funk, and house with interesting visuals. They have played throughout the world in Europe, US, Australia, and Brazil impressing audiences wherever they go. This Spring they will be playing the US to support their new album Something to Do. Supporting The Egg is Sophie Barker, vocalists of Zero 7’s Simple Thing. She has also worked with Groove Amanda, The Egg, Grooverider, Robin Guthrie, and Muki.

Tickets to the show are $15, doors open at 8:30, and the event is 21 and over. You can win a pair of tickets with us by entering the contest below, courtesy of the Satellite and Grimy Goods.

First make sure you’re following Grimy Goods on Twitter here and/or “like” our Facebook page here. Next, email ggcontests@gmail.com with your full name for guest list and a clever reason why you want a pair of tickets to The Egg at The Satellite. When you’re done with your email, send us a Tweet (see below) so we know you entered the contest or you can post on our Facebook wall. We’ll select a winner that has done all of the above mentioned. Winners will be announced via email, Facebook and Twitter on Thursday, May 9. Winners will have until 10am Friday, May 10 to reply back to our email and confirm their win.

FACEBOOK: Just leave a comment on our wall letting us know you entered our contest for tickets to The Egg at The Satellite.

For more cool shows coming up at the The Satellite click here. To enter other Grimy Goods contests, click here.