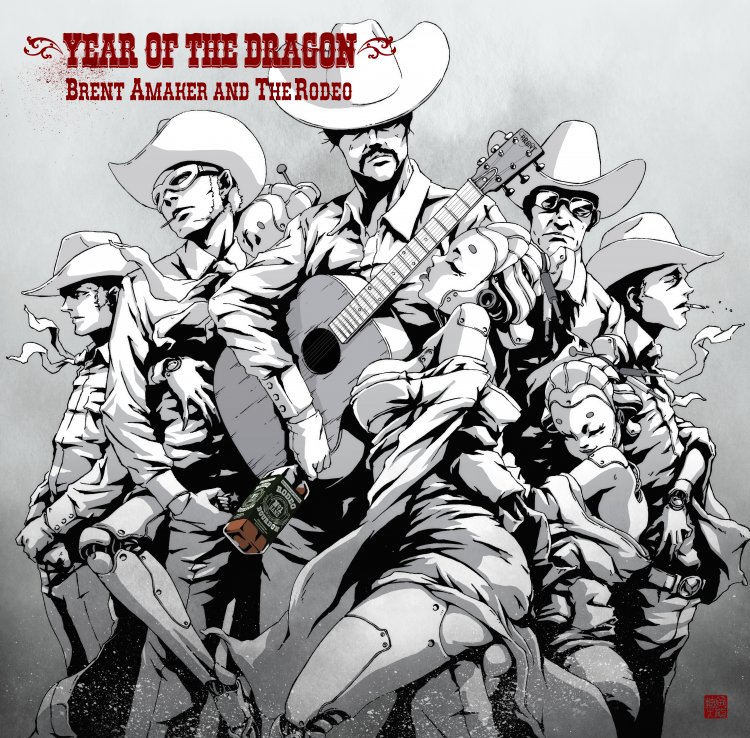 Brent Amaker and The Rodeo is country music for those that aren’t into traditional country. Their upcoming full length Year of The Dragon, is honest, weird and comical — and at times sweet, and that’s exactly what we love about it. While listening to their new album, you can’t help but take most of their lyrics with a grain of salt: “I put my boots on, one foot at a time like you, that don’t really make me your friend … just like a fish you’re swimming upstream to die” as the chorus sings (in a creepy Oompa Loompa style) “some people never learn, never learn.”

It’s all-American cowboy iconography meets experimental rock. With gonzo lyrics that will make you raise an eyebrow, we’re sure Hunter S. Thompson would have dug Brent Amaker and The Rodeo’sYear of The Dragon. In fact, if we could borrow Jay-Z’s time machine and take these tunes back to 1998 — they would make a perfect compliment to the Fear and Loathing in Las Vegas score.

Let’s just put it this way, Brent Amaker and the Rodeo formed originally as a cowboy motorcycle club for musicians. If that ain’t interesting and unusual, listen to some of their tunes below.