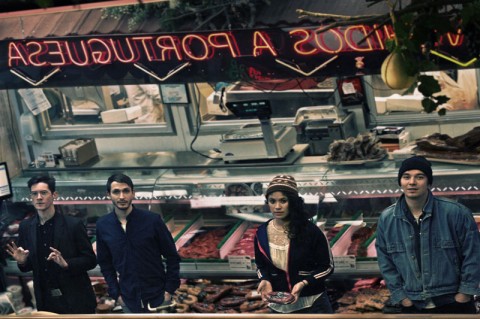 Toronto’s Hooded Fang have released a new video for their song “Ode To Subterrania” taken from their forthcoming studio album Gravez, out May 27 via Full Time Hobby. The video was directed by Daniel Lee, the lead vocalist/songwriter of Hooded Fang and reveals he has quite the creative imagination. It’s a trippy video that kind of reminds you of some psychological inkblot testing and such. It goes well with the groovy 60s inspired psychedelic sounds of “Ode To Subterrania.” This is definitely a rad track from their new album, Gravez. Actually, all the tracks on Gravez are pretty damn good. You should order the album here.