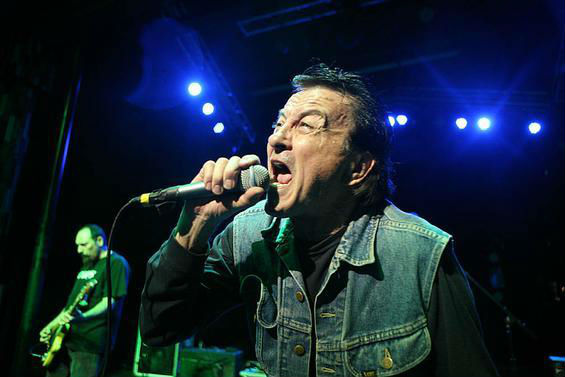 Legendary L.A. punk rockers Fear will be playing their debut album The Record in its entirety at the El Rey Theatre on Thursday, May 30.  The Record features classic songs such as “I Love Livin’ In The City”, “New York’s Alright If You Like Saxophones”, and “Beef Bologna.”  Known for wild live performances, expect nothing short of a hands down, kick ass, circle pit fueled, whirlwind of a show.  Supporting act is The Shrine.

Tickets to the show are $20-22, doors open at 8PM, and the show is all ages. You can win a pair of tickets with us by entering the contest below, courtesy of Goldenvoice and Grimy Goods.

First make sure you’re following Grimy Goods on Twitter here and/or “like” our Facebook page here. Next, email ggcontests@gmail.com with your full name for guest list and a clever reason why you want a pair of tickets to The Damned at El Rey Theatre.  When you’re done with your email, send us a Tweet so we know you entered the contest or you can post on our Facebook wall. We’ll select a winner that has done all of the above mentioned. Winners will be announced via email, Facebook and Twitter on Tuesday, May 28. Winners will have until 10am Wednesday, May 29 to reply back to our email and confirm their win.

TWEET: Hey @GrimyGoods, I entered your contest for FREE tickets to Fear at @elreytheatre on 5/30. http://ow.ly/lmytt

FACEBOOK: Just leave a comment on our wall letting us know you entered our contest for tickets to Fear at El Rey Theatre on 5/30.