The past week, Coachella has been infecting music fans from all over the globe with Coachella fever with their slow and steady performance announcements that were shared daily via Coachella’s Twitter and Facebook. The music festival giant announced bands and artists such as Motörhead, Future Islands, Bonobo, Factory Floor, Bombino, Glitch Mob, the Internet and more all via their social media platforms. This slow line-up announcement sparked a fire in Coachella-goers and the vibe was set, we knew the entire 2014 Coachella line-up announcement was coming soon. With that said, take a look at the 2014 Coachella line-up poster below! 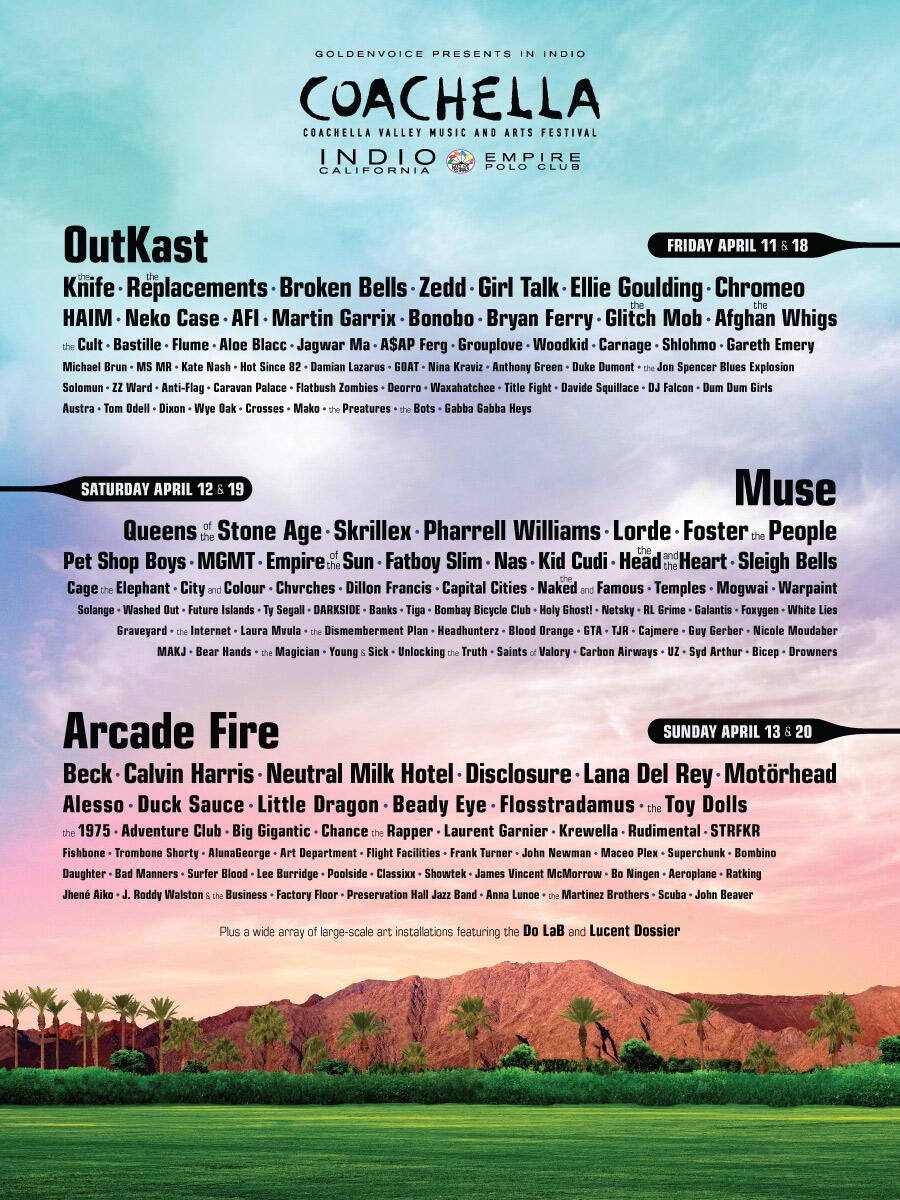 Who are you most excited to see at this year’s Coachella?

Coachella 2014 will take place over two glorious weekends of music. Weekend one will pop off April 11 – 13, followed by weekend two on April 18 – 20. Click here for more info.