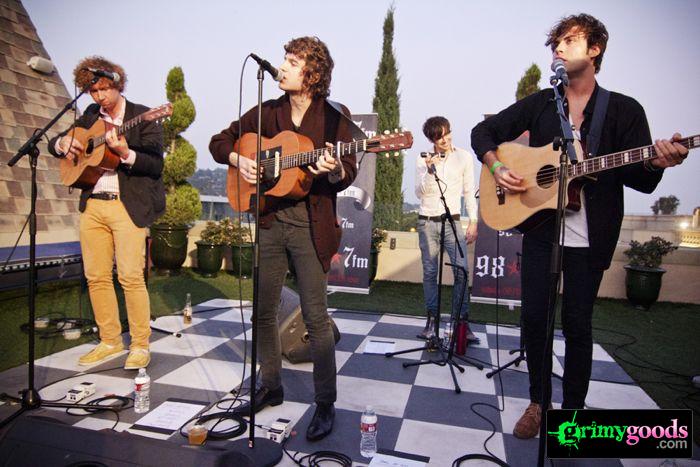 After selling out their recently announced, March 10th show date at the Troubadour — the Kooks have added a second Troubadour performance. The Kooks will headline a late show performance at the Troubadour on Monday, March 10th. The show will begin at 11pm!  We last saw the Kooks live in March of 2012 at the Fox Theater Pomona. That was almost two years ago! We also caught a private rooftop performance of the Kooks in 2011 (click here for photos and review). But enough about how long it’s been, get ready for a wonderful Los Angeles performance by the Kooks!

Tickets to the Kooks’ late show at the Troubadour are priced at $30. The show is all-ages and tickets will go on sale today (Feb. 28) at 1 p.m.

CLICK HERE FOR TICKETS TO THE KOOKS AT THE TROUBADOUR!

Click here for photos of the Kooks performing on top of the Hollywood Tower rooftop!