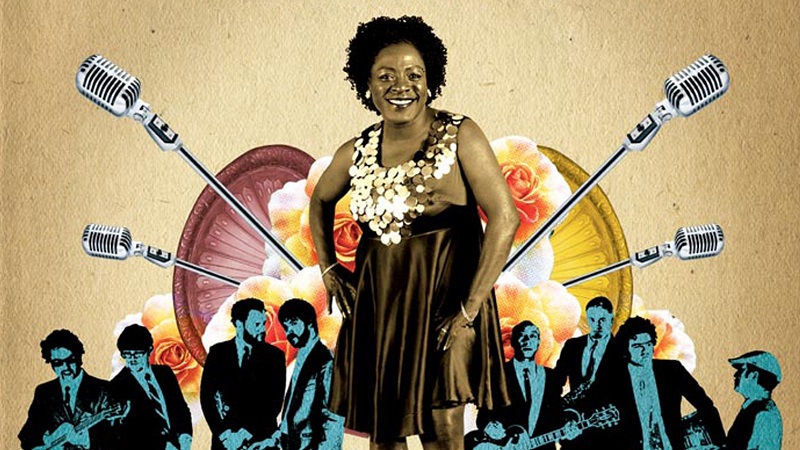 Returning to the stage this year is the lovely Sharon Jones, known for her soulful and sassy approach to the 1960s and 1970s genres of soul and funk. Although she was recently diagnosed with cancer, Jones has not allowed for her passion to be taken away. Her single “Retreat” off her fifth album, Give the People What They Want, made it to our 2013 Best Music Videos as number one. In support of the album, Jones and her band the Dap Kings, will be headlining a show at the Wiltern on Tuesday, March 25. Catch her along with supporting act Valerie June.

Tickets are $39.50, doors open at 7pm, and the event is all ages. You can win a pair of tickets with us by entering the contest below!

First make sure you’re following Grimy Goods on Twitter here and/or “like” our Facebook page here. Next, email ggcontests@gmail.com with your full name for guest list and a clever reason why you want a pair of tickets to Sharon Jones at the Wiltern. When you’re done with your email, send us a Tweet so we know you entered the contest or you can post on our Facebook wall. We’ll select a winner that has done all of the above mentioned. Winners will be announced via email, Facebook and Twitter on Monday, March 24. Winners will have until 10am Tuesday, March 25 to reply back to our email and confirm their win.

TWEET: Hey @GrimyGoods I wanna win tickets to @SharonJones & the Dap Kings at the @Wiltern on Tuesday 3/25! http://ow.ly/uMY8q

FACEBOOK: Just leave a comment on our wall letting us know you entered our contest for tickets to Sharon Jones at the Wiltern on March 25!

One thought on “Win Tickets to Sharon Jones at the Wiltern”