Don’t be fooled by their age, The Orwells are an unstoppable band to be reckoned with. For those that don’t know, they play loud, fast, and catchy garage-punk tunes. They took The Troubadour by force last night with a sold-out performance. Supporting the Orwells were  Twin Peaks and Criminal Hygiene. A broken leg didn’t stop, one of Twin Peaks’ guitarist from delivering an amazing performance. I was running late so I unfortunately, missed Criminal Hygiene, but after seeing them with The Orwells a year ago at the Echo, I know that they kept the audience on their feet.

Orwells’ singer Mario Cuomo is one of the most interesting singers I have witnessed. Looking like a blonde Jesus, he drives young women nuts as he dances, slithers, and falls on stage. The rest of the band are just as talented as their show-stealing singer. Before the show even happened he sprayed the audience with some sort of body lotion. During the show band members would fall over the stage. The stage itself was off limits to the audience, so when an eager fan stage dove, security rushed to kick him out. Cuomo followed the fan and grabbed at security telling him to let the fan to stay. The raucous show ended after Cuomo climbed the banister and proceeded to destroy his microphone. Earlier in the show, he asked with a mischievous smile, “what place in Los Angeles should we sell out next?”

PHOTOS: The Orwells with FIDLAR at the Observatory

Be sure to check out the photo gallery of The Orwells below!

Photos and words by Ryan Bussard

Photos: The Orwells with Criminal Hygiene at Echo

Check out the photo gallery below for more photos of The Orwells and Twin Peaks at The Troubadour. 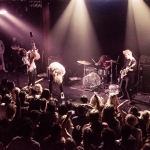 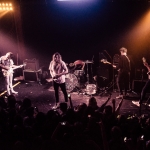 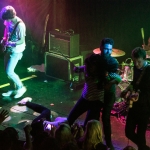 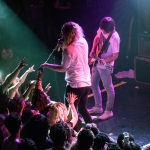 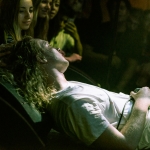 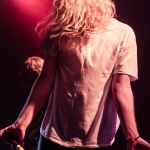 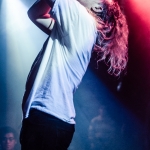 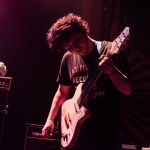 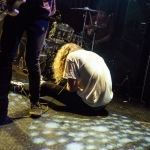 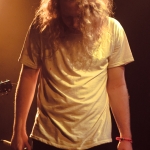 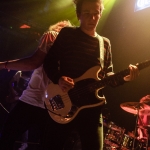 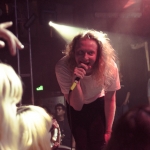 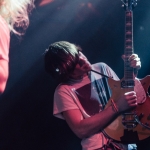 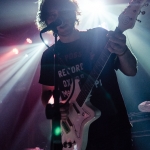 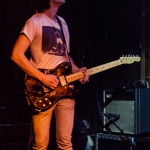 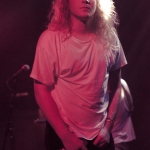 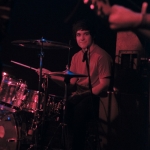 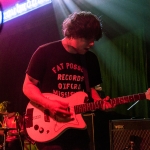 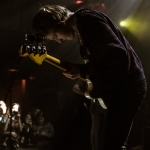 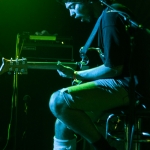