The First Annual KXLU Fest was this last weekend at Loyola Marymount’s Lawton Plaza. Headlining the show was No Age supported by The Audacity, So Many Wizards, GRMLN, and Monster Rally.

Monster Rally kicked everything off with his psych/jazzy beats, very reminiscent of Blockhead. He was a perfect opener as people got to lounge on the grass, soak in the sun and the mellow-head nodding beats.

Up next were Orange County’s GRMLN. Quite a few people were singing along and obviously there just for GRMLN.

As the crowds got larger and people inched their way closer and closer, So Many Wizards took to the stage. This Lolipop Records band definitely sounded like a Lolipop band. An interesting upbeat mix of indie and lofi pop.

Audacity played next. Things got kicked up a notch with this fun loving four-piece. Between a wasabi peanut eating contest and the formation of a hipster mosh pit, The Audacity was a perfect opener for No Age.

After a bit of technical difficulty with the sound check, KXLU favorite, No Age had people going nuts! This was obviously the band that people came to see. The dynamic noise pop duo blasted through songs like “Circling With Dizzy”, “Lock Box”, “Eraser”, and “Fever Dreaming”.

Despite a few technical issues and starting an hour behind schedule, the first KXLU Fest was well received and a success. We look forward to next year’s! 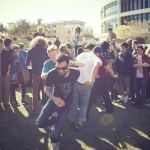 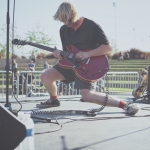 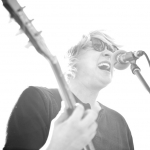 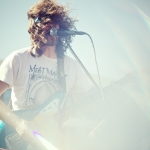 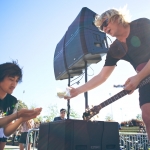 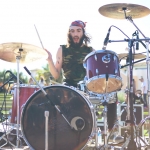 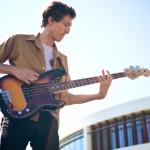 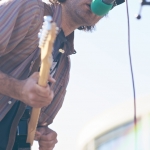 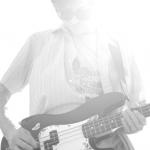 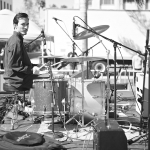 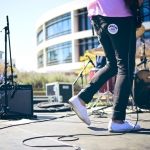 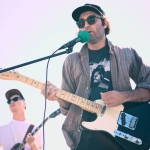 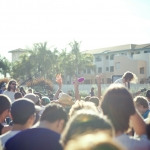 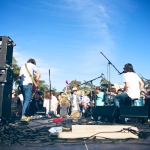 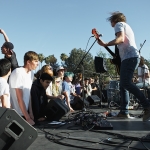 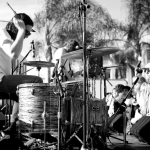 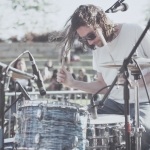 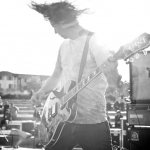 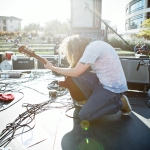 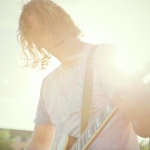 One thought on “The First Annual KXLU Fest went out with a punk bang!”