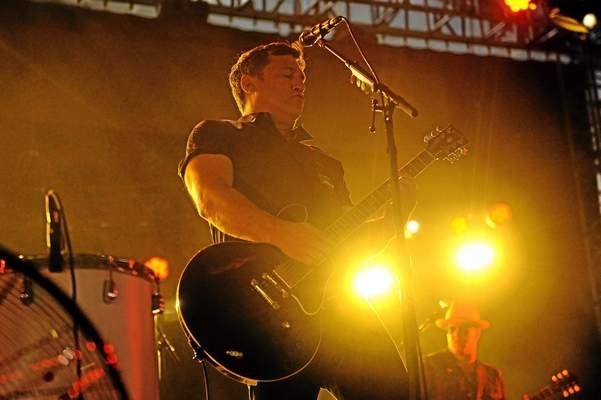 If a ’90s grunge band plays a kick ass show at Coachella after quietly reforming and hardly anybody was there to see it, then did it really happen?

Afghan Whigs delivered a memorable performance early Friday evening at Coachella’s Mojave tent, but the crowd was disappointingly scarce. The booking was likely an homage to Coachella veterans who may not connect with today’s top 40 bookings but fit in more with the reunion and novelty bookings. Vocalist Greg Dulli proved that the Whigs are not a gimmick reunion type show and they really brought it.

The crowd was noticeably about 20 years older on average than the usual crowds proliferating Coachella. In fact, I could smell the awful smell that follows the probably poor quality weed this thirty and fortysomething crowd are smoking rather than their teenage counterparts over at Ellie Goulding at the time.

The Afghan Whigs really delivered a memorable show, but it was hard not to think they were better being seen at one of their own headlining shows in a smaller room where the appreciation can really be felt much easier.

Photo above via Daily Breeze.