This past weekend, Against Me! performed a set of incredible sold-out shows at the Roxy in West Hollywood, and we were there to cover all the punk passion on Saturday, night one of Against Me!’s double whammy. Touring in continuous support of the release of the critically acclaimed Transgender Dysphoria Blues, an album that entered the Billboard Top 200 at #23 — this album is Against Me’s first album since singer Tom Gabel came out as a woman (Laura Jane Grace). True to Against Me!’s signature pop punk sound, Laura Jane Grace still delivered that same fierce bravado to classics such as “Pints of Guinness Make You Strong”, “Thrash Unreal” and “I Was a Teenage Anarchist”. It was a very special performance as Against Me! was recording their set for a live album. The lenghty high energy concert included a whopping 22 songs from Against Me!’s catalog, four of which were part of an exhilarating encore.

Just like any other Against Me! show prior to Gabel’s coming out, the crowd was just as raucous eating up all the punk energy that Against Me! was dishing out to them. Fans were moshing, crowd surfing and proudly singing along to their favorite punk anthems. To get the crowd even more involved, Jane Grace had everyone in the crowd all at once yell out the first person they ever slept with. It was a glorious manic shout of virginity lost, and we’re super interested to see how they will include this into the live record.

Check out the photos below of Against Me! at the Roxy! 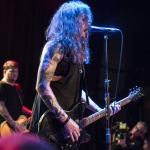 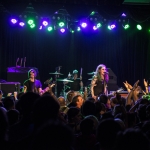 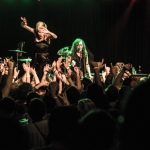 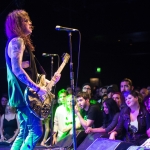 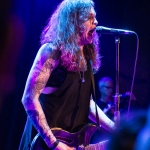 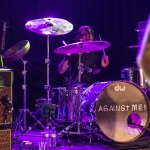 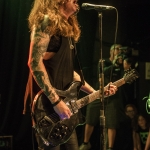 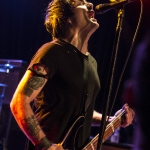 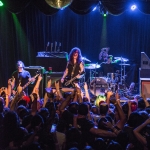 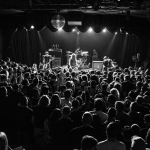