Due to the surprise performance by Wolfmother at The Echoplex, The Echo was a little less packed than expected for Tuesday night’s Blood Red Shoes performance. That didn’t stop the night from being any less incredible.

Los Angeles’ Gothic Tropic opened up the show to a minimal yet energetic crowd. This was my first time seeing Gothic Tropic and I didn’t know what to expect from a band described as jungle/garage rock. Whatever they were, they were awesome. Singer/guitarist, Cecilia Della Peruti, was quite the shredder as she filled in the holes around her vocals with some tasty guitar leads.

Next up was the Missouri based punk trio, Radkey. This was their second show in Los Angeles, and for the Angelenos that hadn’t heard of them before, Radkey won them over. Bass player, Isaiah, started off the show by introducing themselves with a “Hi, We’re Radkey and we’re gonna make you give a shit”. And that they did just that as they pummeled through their finely tuned set. If you ever have a chance to catch these guys live, DO IT.

Rounding out the night were Blood Red Shoes. By this time the semi-packed crowd was ravenous for the UK duo. While it’s hard not to compare the two-man-band to that of No Age or even the White Stripes — Blood Red Shoes is so much more. More melodic and listenable than No Age and way more punk rock than the White Stripes. Drummer/singer, Steven Ansell and guitarist/singer Laura-Mary Carter ripped into their 17-song set that spanned all four of their records. Fans sang along to EVERY SINGLE SONG. All for all, the show was a total success with three bands that totally complimented each other, yet didn’t sound alike. I’ll take this show over a Wolfmother show any day of the week.

Check out our photos below of Blood Red Shoes, Radkey and Gothic Tropic!

BLOOD RED SHOES SET LIST:
Welcome Home
I Wish I Was Someone Better
Don’t Ask
Speech Coma
Everything All At Once
Say Something, Say Anything
Lost Kids
The Perfect Mess
Black Distractions
An Animal
This Is Not for You
Cold
Heartsink
Light it Up
Colours Fade
Red River
Je Me Perds 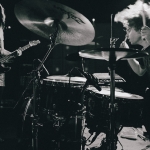 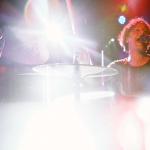 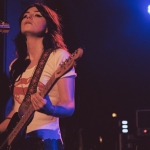 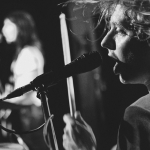 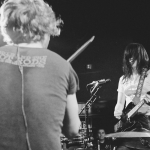 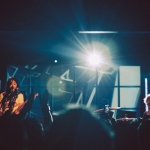 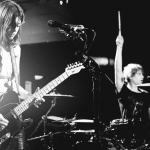 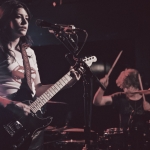 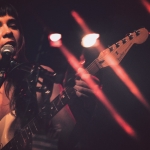 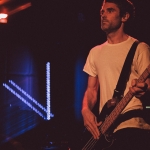 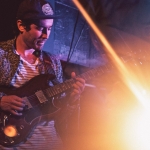 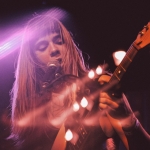 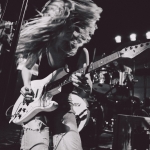 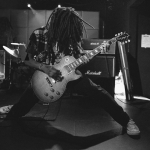 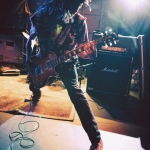 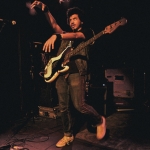 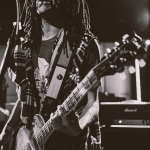 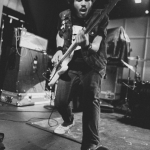 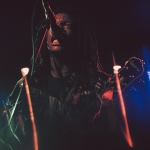 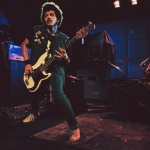