Through the many arguments over fans standing in their seats and blocking views, one thing that everyone could agree on last night at The Theatre at Ace was the fact that Nick Cave & The Bad Seeds put on yet another electrifying performance. It was the first for some attendees, but for many of us it was another epic notch on our NCATBS belt. Last night was my third time seeing NCATBS perform live, and although this concert did not top my prior experience at the Fonda Theatre last year (I mean, how can you top Nick Cave singing “Stagger Lee” to you under a spotlight), it still left me with pleausuralbe goosebumps.

Taking the stage in a pearly white shimmering button down and custom fit pinstriped suit, Cave greeted his adoring fans with open arms embracing the crowd’s awe-struck energy. Opening up with “We Real Cool”, from their latest album Push The Sky Away, Cave mesmerized us as Warren Ellis brought some badass eccentricity to an elegant flute.

By this time, emotions were running high thoughout the crowd, especially the very selfish emotions of a very rude couple standing a few rows in front of us. The majestic Theatre at Ace is an all seated venue. That means if you stand up, you block the view of many fans behind you. At least 10 people told the selfish couple to sit down. Some preppy beefcake even exchanged words with the couple. I though he was going to punch the dude! But that didn’t stop the annoying and very rude couple. They remained standing blocking our views through all of “Jubilee Street” and most of “Tupelo.” It took three security guards and a Rolaids (which was chucked at the rude couple) to finally sit their dumb-asses down. As they finally took their seats, a roar and clap of hands went through the crowd at the same time the entire venue climaxed over NCATBS. It was pretty epic.

On with the show! As NCATBS took us through a couple more songs, Cave politely made sure that everyone in the venue had a good view of him and the band. Walking the stage and charming the crowd with his friendly stage banter, Cave walked to each band member and asked the crowd, “can you all see him?!” Fans were real stoked on Cave’s concerns about blocked views. The Theatre at Ace is a gorgeous venue, but not every seat boasts a dynamic view. The higher you go up, the worse it gets.

From the moment NCATBS played “From Her To Eternity”, the crowd got really fired up, almost feral. The classic favorite was the perfect teaser to the madness that would ensue once songs like “The Mercy Seat” and “Stagger Lee” took the stage.

From the blocked views in the balcony to the sweltering floor of the Theatre at Ace, Nick Cave & The Bad Seeds put on a most riveting performance. I would happily sweat bullets for them while standing next to a very stinky man any time, any day. That’s how bloody great they are live.

Check out the photos below of Nick Cave & The Bad Seeds at The Theatre at Ace Hotel! 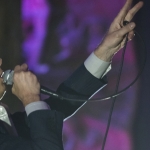 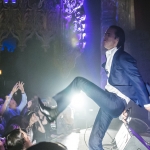 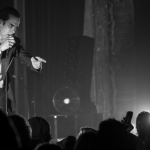 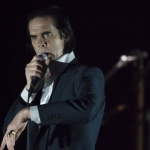 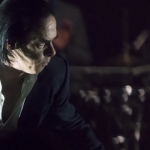 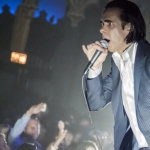 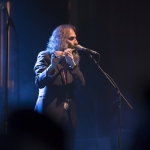 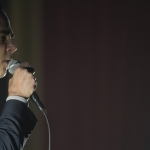 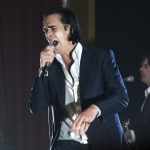 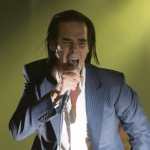 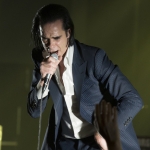 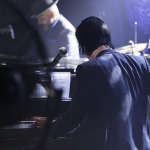 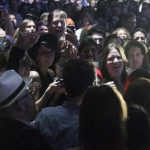 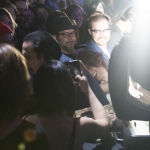 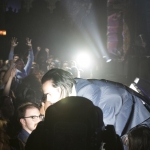 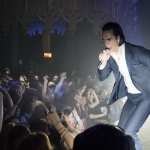 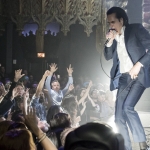 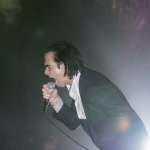 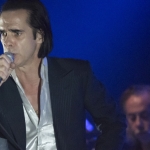 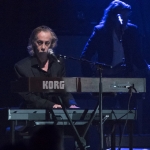