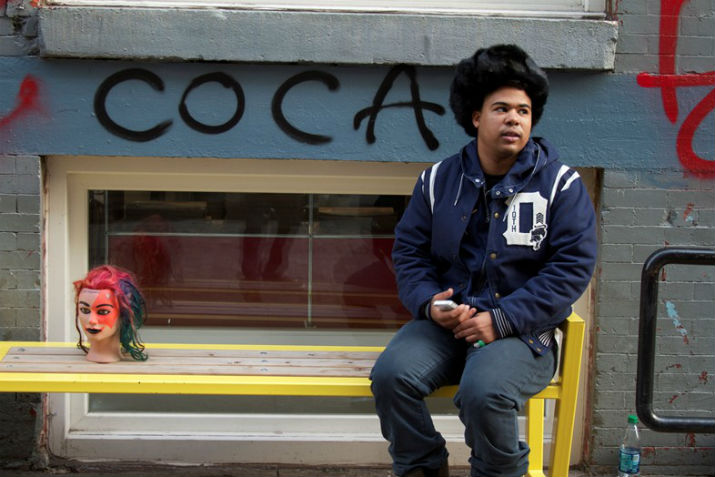 Atlanta based hip-hop emcee/producer ILoveMakonnen has been blowing up ever since he released his catchy self-titled EP earlier this year, featuring the track “Club Going Up on a Tuesday.” Drake became such a fan that not only did he remix the song but signed ILoveMakonnen to his OVO (October’s Very Own) record label.  Be sure to catch this hot newbie when he headlines Jewels Catch One on Saturday, September 27th. Supporting acts are James Ferraro and Dream Panther.

Tickets to ILoveMakonnen with James Ferraro are priced at $21, doors at 8 PM and the show is all-ages. You can purchase your tickets or try winning a pair below!

First make sure you’re following Grimy Goods on Twitter here and/or “like” our Facebook page here. Next, email ggcontests@gmail.com with your full name for guest list and a clever reason why you want a pair of tickets to ILoveMakonnen with James Ferraro at the Jewels Catch One. When you’re done with your email, send us a Tweet so we know you entered the contest or you can post on our Facebook wall. We’ll select a winner that has done all of the above mentioned. Winners will be announced via email, Facebook and Twitter on Tuesday, September 23. Winners will have until 10am Wednesday, September 24 to reply back to our email to confirm their win.

FACEBOOK: Just leave a comment on our wall letting us know you entered our contest for tickets to ILoveMakonnen w/ James Ferraro at Jewels Catch One on September 27!