Over the course of two hours on an evening out at The Orpheum Theatre, it becomes quite clear how wide-ranging the musical stylings of Beck really are.

Looking dapper in a black suit jacket and pants, the 44-year old hometown hero played through a lot of stuff from his most recent release Morning Phase before turning back the clock for choice nugs like “Devil’s Haircut”, “Loser”, “New Polution”, and the set-closing “Where It’s At.”

Perhaps most unexpected was Beck playing a cover of Donna Summer’s “I Feel Love” and mixing it with his own “I Think I’m In Love”.

Beck pulled out the yellow caution tape for reasons unexplained before finishing up. During “Where It’s At”, the prolific multi-dimensional musician made introductions of the band with each member soloing and playing riffs from long appreciated gems.

Beck’s catalog of music crosses many genres and it’s hard for me to believe there is anyone out there who couldn’t find at least something in his repertoire to appreciate. During his two plus hours on stage, he touched on a little something for everybody. His new stuff seems to have a bit of a calmer approach to it but it isn’t to say it went unappreciated. People were a little tense holding out hope as he waited until mid-set to get to the classics that they may have grown up on, but when he did, they certainly were thankful.

The Orpheum was just a wonderful pairing with Beck. It was that rare night where you found an L.A. crowd that knew how to be quiet, dance, and enjoy a master craftsman do his thing. There were probably more than a few that swung back around the following night to see him work his magic a second time. 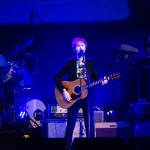 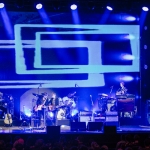 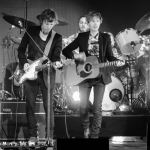 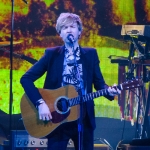 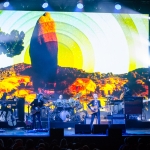 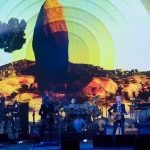 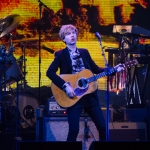 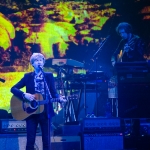 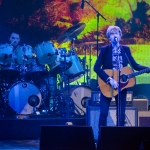 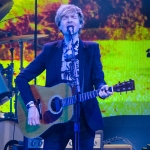 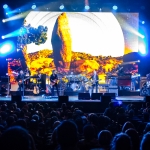 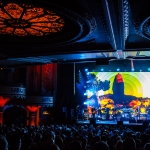