Longtime fans of the Glasgow indie pop outfit, Belle and Sebastian got to relive their young hopeless romantic days this past Monday, as Belle and Sebastian celebrated night one of their double-header at The Theatre At Ace. The last time I had attended a concert at the Ace was a few months ago for Nick Cave and The Bad Seeds. While the cramped seating, where your knees touch the seat in front of you was still the same, the crowd was totally different. At Nick we saw a stylish, model-esque and slightly intimidating crowd clad in black — while at Belle and Sebastian the fun-loving crowd was far from that.

It was a joyous and welcoming feeling all around. I had never seen so many frumpy and floral grandma-style dresses at any show. I swear I saw a few nerdy hipster gals wearing late 70s orthopedic shoes. Immediately in my head I thought of the popular blog (and now pop-culture saying), #StuffWhitePeopleLike. That saying proved true more than ever towards the end of Belle and Sebastian’s blissfully nostalgic set.

The Theatre At Ace was packed with hardcore fans ready to bathe in the nostalgia of their college days. Whether you were a nerdy film major trying to get that cool girl of your dreams, or you were a literature lover that related their life to just about every Belle and Sebastian lyric, bittersweet nostalgia was in the air. Fans happily sang along to classic favorites such as “Piazza New York Catcher”, “If You’re Feeling Sinister”, “Sukie In The Graveyard”, and “The Boy With The Arab Strap”.

There was a lot of amazing crowd involvement at this show. Stuart Murdoch is one hell of a showman and he has some of the best stage banter I’ve ever heard. As he called upon the crowd to help him select the next song, Murdoch had asked for a fan that had a really shitty day. He wanted to brighten their night by playing the Belle and Sebastian song of their choice. The selected fan had the entire crowd crying “Awwwww” for him once he shared his disheartening story. Apparently his girlfriend had just left him for one of his best friends. Even Murdoch himself was stunned. His sad day deemed him a glorious performance of “Piazza New York Catcher”.

While the crowd relished on the days of wearing their hearts on their sleeves, Belle and Sebastian also intrigued fans with an upbeat selection of new music from their forthcoming ninth studio album Girls In Peacetime Want To Dance. The album is set for release on January 20th via Matador Records. And from the sounds of their “new direction,” there’s a lot of new jazz, electro and even some Latin rhythms were heard. It’s definitely an album to look forward to adding to your Belle and Sebastian collection.

Closing out the night with a full on hoedown, Belle and Sebastian invited fans on stage to dance, sing and be merry. This is where it really got all #StuffWhitePeopleLike — but it was totally cute and an experience that many will always cherish. Check out this video of fans dancing on stage to “The Boy With The Arab Strap”.

Want more photos of Belle and Sebastian at The Theatre at Ace? Check out the photo gallery below! 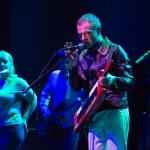 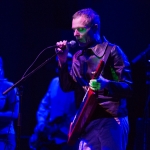 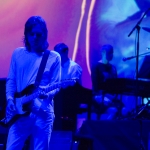 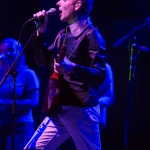 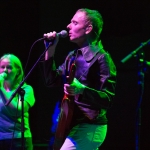 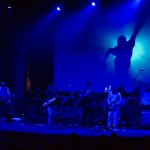 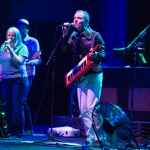 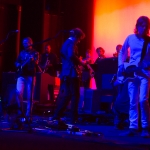 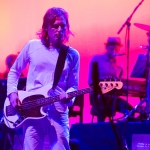 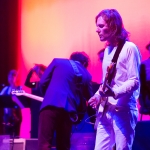 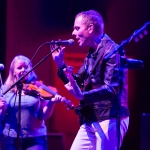 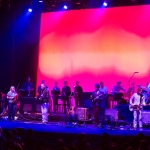 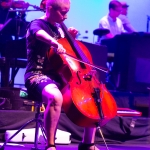 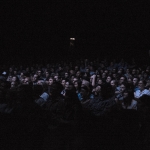 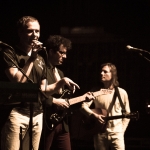 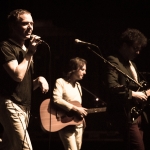 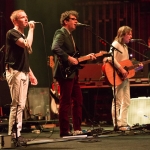 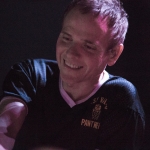 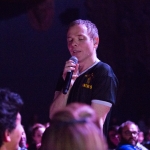 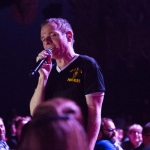