“We haven’t played here in a long f*cking time,” Foo Fighters frontman Dave Grohl said early on in the final performance of Life is Beautiful’s three-day festival in downtown Las Vegas. “So you know what that means? We are about to play a bunch of songs we normally don’t get to play. And we’re going to play as many songs as we can until they shut us down.”

Grohl made good on those words, as the band played beyond when the posted set times said they’d finish up. He was also right – it had been six years since the Foo Fighters played Las Vegas – at the Hard Rock’s awesome in-door venue The Joint.

Though festival-goers that attended all three days had to have been running on empty and feeling pain in their feet, Grohl and Co. got everybody to sing along and jump around as they smashed through hits both old and new, plus a few awesome covers.

Grohl played a ballad-style version of “Big Me” from their first album, dedicated to a 70-year old fan, according to Grohl. They covered a wide range of rock n roll icons, from David Bowie and Queen’s “Under Pressure,” to Tom Petty’s “Breakdown,” to the Rolling Stones’ “Miss You.”

“This is the sh*t I end up remembering for the rest of my f*cking life,” Grohl shouted before playing the set-closing “Everlong.” Those that were in attendance will surely remember those two hours of the Foo Fighters as much as Grohl.

Despite being the third day, attendance was rock solid Sunday, even in the late afternoon. A gentle breeze blew through as a wide array of genres were presented across a multitude of stages.

Los Angeles-based Mayer Hawthorne put together two of the best cover songs of the weekend from two completely different genres. His throwback soul take on Bell Biv DeVoe’s “Poison” was nicely countered by his cover of Aerosmith’s “Walk Away,” providing another reason why he is a festival-circuit favorite.

Canadian-born DJ Ryan Hemsworth mixed things up quite mesmerizingly in the mid-afternoon just a few hundred yards away from where a string of some of alternative rock’s best acts would blow the door down on the main stage over the remainder of the night.

Broken Bells – the supergroup that features The Shins lead singer James Mercer as well as Danger Mouse – melted people’s faces with their transcendent set. The performance was highlighted by the song “Vaporize,” in which Mercer sings, “I was lost then and I’m lost now / And I doubt I’ll ever know which way to go.” The crowd was already packed pretty deep midway through their performance and those new to this band will certainly put them on their must-see list somewhere down the road.

The UK juggernauts The Arctic Monkeys were next up on the main stage. They delivered one of the top performances of the weekend, playing through 17 songs from a catalog that is much deeper than you’d expect from a band that’s been together just a bit longer than a decade.

Vocalist Alex Turner started the set off with the catchy jam “Do I Wanna Know?” while igniting the female contingency with his slicked back hair and black leather jacket. The percentage of the crowd that sang every word was quite shocking, as Turner’s strength as a songwriter and you could hear the influence of Cream in many of the melodies throughout. The song “Why’d You Only Call Me When You’re High?” sounded like a stellar throwback to the ‘70s drug-influenced rock ‘n roll era.

Little Dragon made their Las Vegas debut a memorable one, churning out an hour’s worth of their jams as the precursor to Skrillex on the Ambassador Stage. Singer Yukimi Nagano looked stunning in a black-and-white fur coat, her vintage-sounding vocals a perfect fit to the band’s electronic sound.

South Africa’s St. Lucia tore up the Huntridge Stage prior to the Foo Fighters closing things out. During this time, many people rested their tired feet in the nearby beer and food garden while taking in their excellent sound. Perhaps they were saving their last bit of energy for Grohl and friends, which wasn’t a bad move. Even from afar, frontman Jean-Philip Grobler’s shirt shined from hundreds of yards away.

I heard very few complains over the course of the three-day festival that was only in its second year of existence. The first day, they ran out of water for a short stretch (including water fill stations), but that was remedied quickly. The hand-wash stations outside of bathrooms also ran out of water quickly and it became a game of Whack-a-mole in terms of finding one that still had water. If you were one of those people who put soap on your hands and found yourself in no-man’s land with no water, you were mildly perturbed. But these issues were minor compared to the ones that plague most festivals.

The health of the Life is Beautiful Festival is pretty strong, an important thing given the fact that the Rock in Rio USA festival will kick off its first year in 2015. The health of the Las Vegas music scene is also strong with venues like the Cosmo and Brooklyn Bowl providing a platform for many fast-rising indie artists to make a splash. This will only serve next year’s festival that much more.

Take a look at the photos below from day three of Life Is Beautiful Festival in Las Vegas. 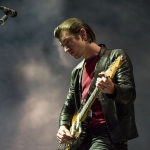 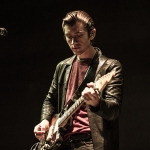 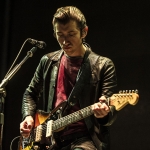 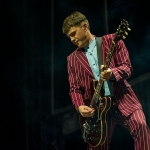 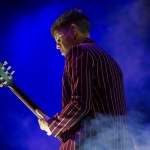 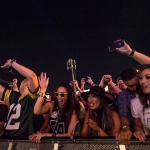 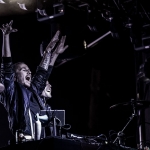 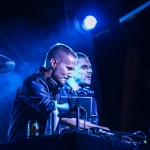 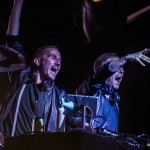 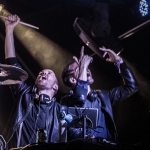 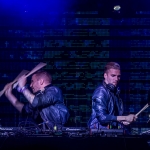 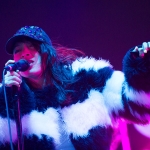 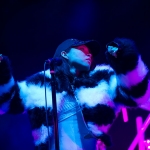 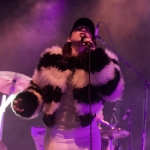 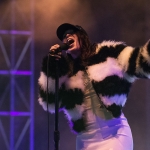 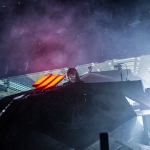 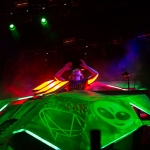 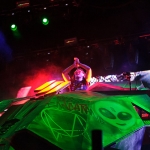 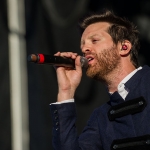 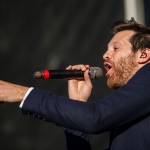 Life is Beautiful day two ruled by rap, balanced by Lionel Richie, and blow away by Flaming Lips

An Interview with Craig Nyman: Get to know Life is Beautiful Festival in Las Vegas