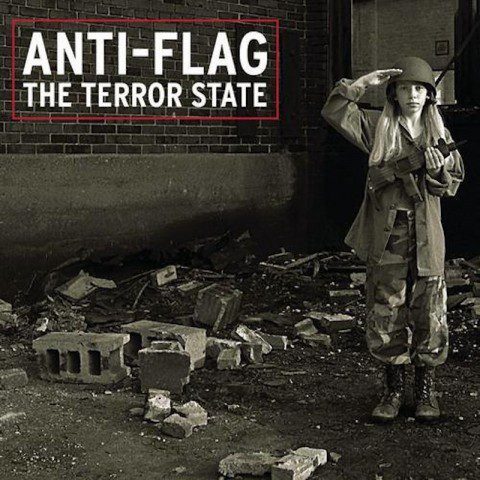 After two years since celebrating 20 years of political punk, Anti-Flag make their return to the Troubadour in West Hollywood for another show that is sure to sell out. In 2013, Anti-Flag performed two back-to-back shows at the Troubadour in celebration of their 20th anniversary. Now, the seminal punks once again will thrash the Troubadour on Saturday Jan 3, 2015 to commemorate the 10 year anniversary of The Terror State, a prolific Anti-Flag milestone. The album will be performed in all its entirety along with some memorable classics.

Anti-Flag will be playing a handful of shows surrounding their tour with Pennywise, including a date at SLIM’s in San Francisco on January 2, 2015. Stay tuned for more tour dates.

Tickets to Anti-Flag at the Troubadour are priced at $20 and the show is all-ages. Tickets will go on sale this Friday, November 7 at 1 p.m.

GET TICKETS TO ANTI-FLAG AT THE TROUBADOUR!

Below you can read a statement from band members Justin and Chris about the shows and the current political climate:

“Mission Accomplished? For the political and corporate elite who benefit from endless wars, maybe. But with another round of bombing in Iraq in 2014 it’s hard not to experience a troubled feeling of déjà vu to the days leading up to the Invasion of Iraq in 2003.

The songs of The Terror State were written in the midst of the anti-war movement of that era and continue to remind us that, whether it is Bush or Obama, U.S. wars of aggression and imperialism result in the loss of innocent life and catastrophe at home and abroad. It is clear that the fight to end wars for corporate and political gain is not over.

The handful of shows around our Pennywise dates will serve as a creative outlet to direct that frustration and anger and will be a collective celebration of those unwilling to relent to the criminal and morally bankrupt corporate and political elite of our time.”