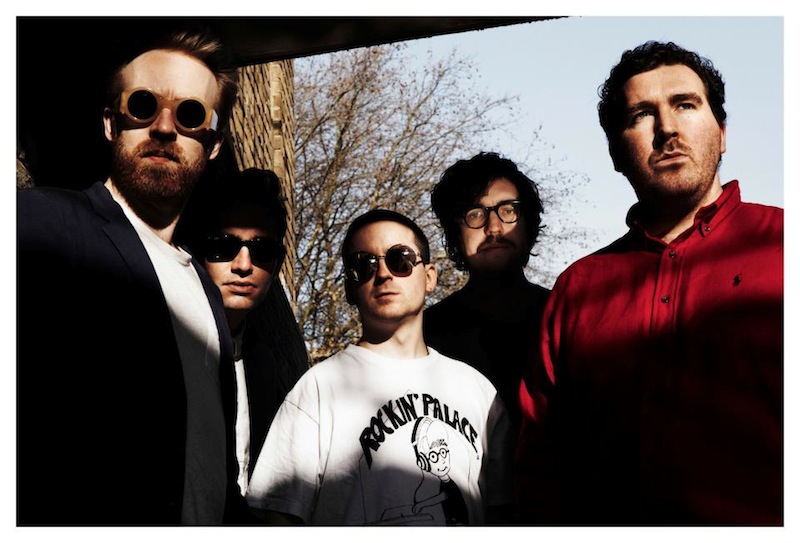 Next Saturday, November 29, Hot Chip and DFA Records are taking over the Avalon Hollywood with an electrifying dance party you will not want to miss. Hot Chip will perform a DJ set with support from the always entertaining 2 Bears, Juan Maclean (DJ Set), Nancy Whang and Magic Touch. From Electroclash, disco, techno, house and rare indie blends, you’re gonna hear it all on this fine evening of dance music. So put on your dancing shoes and those impressive threads because Grimy Goods and DFA Records are hooking you up with a pair of tickets to the party! But it doesn’t stop there.

Thanksgiving is just around the corner, so we’re going to GIVE you a bit more! Along with a pair of tickets to the event, we’ll also give the winner a DFA Shirt, a DFA Mug, the new Juan Maclean Album (signed), and two The 2 Bears albums (signed). That’s a pretty rad prizepack. Enter the giveaway below for your chance to win it all. 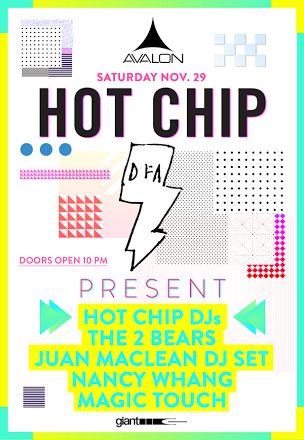 First make sure you’re following Grimy Goods on Twitter here and/or “like” our Facebook page here. Next, email ggcontests@gmail.com with your full name for guest list and a clever reason why you want a pair of tickets to the Hot Chip and DFA Records Takeover at Avalon Hollywood. When you’re done with your email, send us a Tweet so we know you entered the contest or you can post on our Facebook wall. We’ll select a winner that has done all of the above mentioned. Winners will be announced via email, Facebook and Twitter on Tuesday, November 25. Winners will have until 10 a.m. on Wednesday, Nov. 26 to reply back to our email and claim their win.

FACEBOOK: Just leave a comment on our wall letting us know you entered our contest for tickets to to the Hot Chip and DFA Records Takeover at Avalon Hollywood.