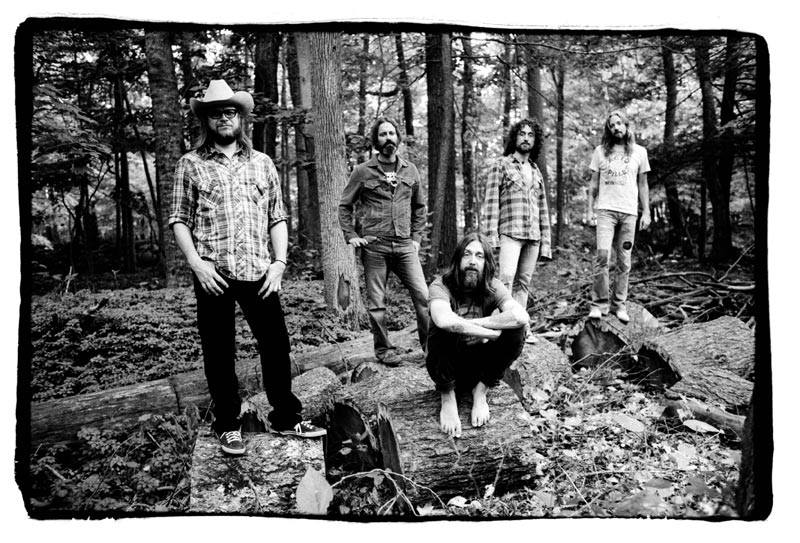 When the Los Angeles blues rock band, Chris Robinson Brotherhood first started out, their intention was merely to enjoy playing music in the City of Angels as a fun pastime. Little did they know that they would end up booking a tour that landed them at 118 different locations across the US, and releasing two albums in a matter of three months. Comprised of Black Crowes vocalist Chris Robinson, Neal Casal (guitar), Adam MacDougall (keyboards), Mark Dutton (bass), and George Sluppick (drums), the band has released their third album this year, titled Phosphorescent Harvest. In support of their album, the band has a headlining show at the El Rey Theatre on Friday, Niovember 28. Go check them out! But before you do, check out two of their tracks off their album down below!

Tickets to Chris Robinson Brotherhood at the El Rey Theatre start at $25, doors at 9pm and the show is all-ages.  You can purchase your tickets or try winning a pair with us below!

First make sure you’re following Grimy Goods on Twitter here and/or “like” our Facebook page here. Next, email ggcontests@gmail.com with your full name for guest list and a clever reason why you want a pair of tickets to Chris Robinson Brotherhood at the El Rey Theatre. When you’re done with your email, send us a Tweet so we know you entered the contest or you can post on our Facebook wall. We’ll select a winner that has done all of the above mentioned. Winners will be announced via email, Facebook and Twitter on Wednesday, November 26th.

TWEET:  Hey @GrimyGoods I wanna win tix to The Chris Robinson Brotherhood (@thecrb) on Nov. 28th at the @ElReyTheatre! http://ow.ly/EO0Dn

FACEBOOK: Just leave a comment on our wall letting us know you entered our contest for tickets to Chris Robinson Brotherhood on Nov. 28th at the El Rey!