The last week of November is one that is usually looked forward to by a large majority of Americans. Thanksgiving is just a few days away, which means for most students, a full week off from school and for most adults, a shortened work week. For anyone that was still not satisfied, Justin Timberlake’s performance at The Forum in Inglewood took care of their case of the Mondays.

Let me preface this show review by saying Timberlake isn’t my usual cup of tea. I’ve had the good fortune of seeing a large volume of live music this year. Most fall into the “shows” category. Some are large enough to be considered “concerts”, but Monday night, Timberlake showed me what it was like to turn a night of live music into an “event”.

There was no aspect of Timberlake’s show that wasn’t impressive. At the outset, it was just Timberlake being accompanied by some string instruments. Soon after, his backing band The Tennessee Kids came through the bottom of the stage and would play a big factor throughout the rest of the night.

After finishing his first song, Timberlake – who must be used to playing large sold out stadiums for much of the best decade-and-a-half – acknowledged the considerable size of the renovated Forum by putting his hand to his forehead and peering into the deepest part of the crowd. You could even see Timberlake simply mutter “wow” to himself as people continued to lose their minds during this 30 seconds of silence.

Considering that Timberlake is more than just a musical performer these days, I was in awe by how outstanding his choreography remains to this day. Through two-plus hours Monday night, he didn’t miss a step that I can remember.

Midway through the first portion of the show – which was split into two equal-length performances by a ten-minute intermission – Timberlake began the hit “My Love” accompanied simply by a piano. The intro to this song was quite the baby-making ballad before it broke down into the pop song we all recognize it as.

Timberlake did a great job of riffing with the crowd during the periodic breaks that allowed his dancers and backup vocalists (and himself, perhaps) to catch their breath. During one such moment, Timberlake saw some girls using this time to turn the camera on themselves.

“Are you taking a selfie?” Timberlake asked. “Want me to get in it?” Timberlake then struck a ridiculous pose on stage as they snapped their picture.

Timberlake later found out it was one girl’s 25th birthday and after asking if she drove, or ‘Ubered’, promised he’d get her a shot of alcohol sometime during the show. He later told someone to “get her a shot – on me. Well, not on me – you know what I mean,” to which the crowd laughed.

Timberlake paid homage to a number of legends in music throughout the show. He sampled Nirvana’s “Smells Like Teen Spirit”. He sampled the rap classic “California Love” by Tupac and Dr. Dre. He covered both Elvis Presley’s “Heartbreak Hotel” and Michael Jackson’s “Human Nature” back-to-back while playing the acoustic guitar. It’s a bold move to tackle songs by music icons, let alone consecutively, but Timberlake pulled it off with a certain swagger.

Let me go back to this point. I had no idea Timberlake could even strum a guitar, let alone play it coherently. Add that to the long list of many things that Timberlake impressed me with Monday night.

Perhaps my favorite part of the show is what took it to the previously-mentioned “event” status. During the second-half of the night, the front of the stage rose from the ground with Timberlake and some of his crew on it. The stage then proceeded to move slowly all the way to the back side of the arena.

This gave people who previously had not such a good seat a front-row view of Timberlake. I loved this aspect of the show. Too often, for acts as marquee as Timberlake, the people at the front of the venue aren’t the biggest fans but just have the deepest pockets. This especially applies in Los Angeles. I’m not sure if ticket prices were in line with the idea that Timberlake’s show would move him across the venue, but if it didn’t, I was pretty enthused by how this played out.

The night winded down with Timberlake sampling the ‘90s R&B classic “Poison” by Bell Biv DeVoe. When the music stopped, people were worried the show was over. Then Timberlake appeared and simply said, “I ain’t fuckin’ done yet” before finishing the night with “Sexy Back.”

Though I had the luxury of not having to pay to see Timberlake on Monday evening, you can count me among those who will certainly line up to do so when he rolls through town on his next tour.

Justin Timberlake has a second performance this week at the Honda Center on Wednesday, November 26.

Check out the photos below of Justin Timberlake at the Forum! 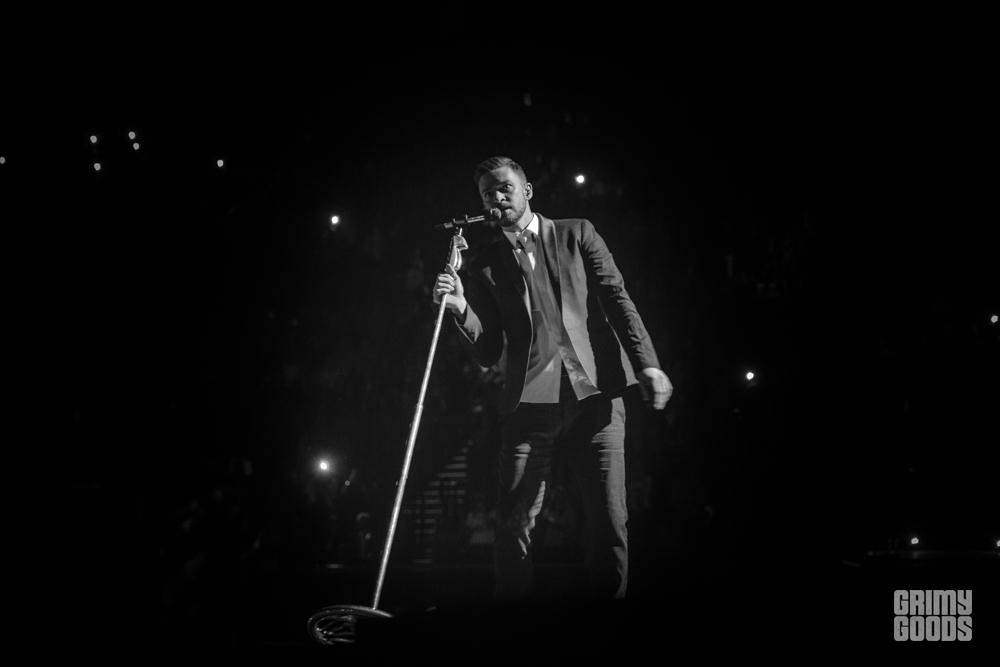 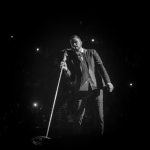 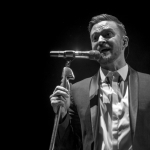 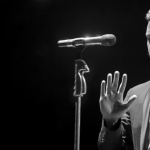 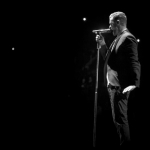 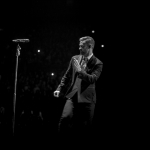 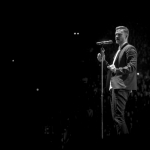 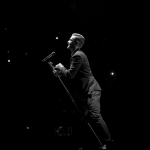 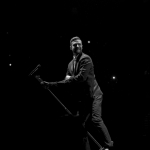 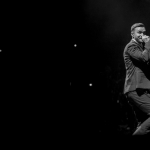 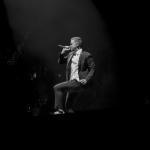 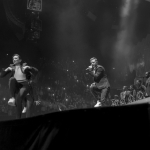 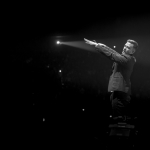 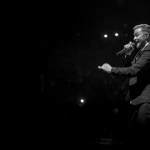 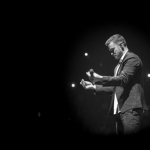