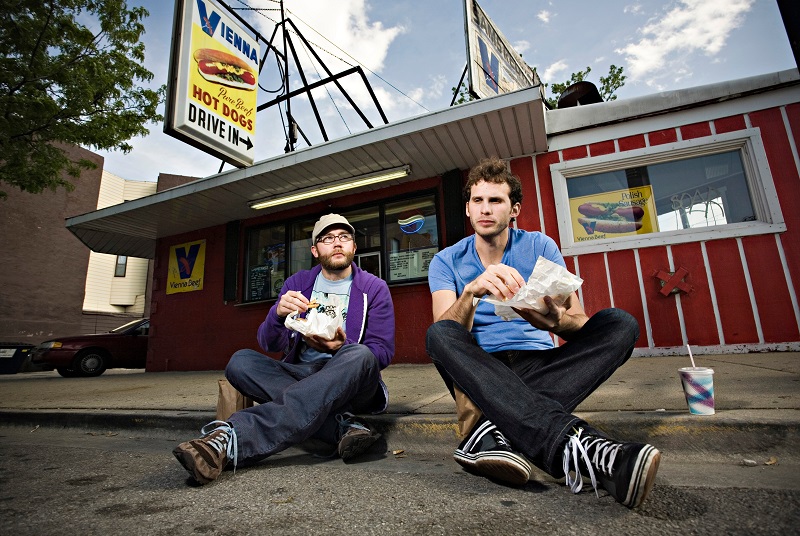 Listed as one of our 30 Best L.A. Concerts This January, The Hood Internet will headline The Echoplex on Friday, January 30th! The hip hop/indie rock mashup duo consists of ABX (pronounced like three consecutive letters) and STV SLV (pronounced “steve sleeve”) who began in 2007, releasing several mixtapes along the way. Their debut album was in 2012 titled FEAT, with the singles “Won’t Fuck Us Over”, “One for the Record Books”, and “More Fun.” Additionally, The Hood Internet utilize their own music blog to promote their music as well as a second blog, Album Tacos, where the duo recreate iconic album covers with illustrations of tacos and other foods. Catch the duo along with supporting act Big Wild.

Tickets are $14 – 16, show starts at 8:30 pm, and the event is 18 and over. You can purchase tickets or try and win a pair of tickets with us by entering the contest below!

First make sure you’re following Grimy Goods on Twitter here and/or “like” our Facebook page here. Next, email ggcontests@gmail.com with your full name for guest list and a clever reason why you want a pair of tickets to The Hood Internet at The Echoplex. When you’re done with your email, send us a Tweet so we know you entered the contest or you can post on our Facebook wall. We’ll select a winner that has done all of the above mentioned. Winners will be announced via email, Facebook and Twitter on Tuesday, January 20th. Winners will have until 10am Wednesday, January 21st to reply back to our email and confirm their win.

FACEBOOK: Just leave a comment on our wall letting us know you entered our contest for tickets to the The Hood Internet at The Echoplex on Jan. 30th!