If you’ve ever had the pleasure of seeing hometown favorites Warpaint in Los Angeles (or anywhere for that matter), at some point in the evening, things turn into a ritual, almost tribal-like feel. Things were no different Sunday night at The Roxy Theatre, and this was surprisingly the first time these four had graced the stage of the infamous West Hollywood venue.

“So excited to be here at The Roxy!” shouted Wayman midway through the set. “Fucking amazing, never played here before. I don’t know why we haven’t played here before — it’s much better than anything we have over in Silverlake, right?”

Nobody layers vocals in a live setting the way Emily Kokal, Theresa Wayman, Jenny Lee Lindberg, and Stella Mozgawa have perfected the art.

An enthusiastic audience turned out for the show, which was presented by Jukely, the new subscription-based concert service that rolled out in Los Angeles last month. The audience was very familiar with the catalog of tracks that were performed Sunday night, and the band fed off their energy all night.

After the brilliant “Undertow,” Wayman crowd surfed during the breakdown portion of “Love Is To Die” early in the set, and she surfed right over me. Wayman said she “alwayd wanted to do that” and thanked everyone for not dropping her. You could catch all four members smiling at regular intervals — even the usually game-faced Mozgawa, who is this band’s backbone behind the drums. Lindberg never fails to send reverberating chills down your spine with her bass lines, and Kokal and Wayman have tremendous chemistry as guitarists and the band’s lead vocalists.

The favorite part of any Warpaint set for me personally is when they play “Intro” as a lead in for “Keep It Healthy.” Mid-way through the set became just the first of many times the band would go off on a tangent and extend a jam, much to the delight of the crowd. A large majority of the audience kept themselves moving from the first note all the way through the end of their encore.

After an extended “Disco/Very,” the mesmerizing “Billie Holliday” capped off a four-song portion of the evening where the band played three songs from their debut 2009 EP Exquisite Corpse. The others were deep-cut favorites “Burgundy” and “Krimson” (that aren’t as common) and an extended version of “Elephants,” which never fails to be the most rousing song of the night. When Kokal sings “I’ll break your heart To keep you far from where All dangers start” you can’t help but follow Lindberg’s lead on the bass and feel the music through every bone in your body.

The trajectory the band has been on and the loyalty of their fan base signals that the best things are still ahead for these four certified badasses. They’ve honed their craft and have perfected their live show and the fun they’re having on stage always seems to follow into the crowd.

One of the keys is that no Warpaint show is the same. The setlist might be the same some nights, but the band is capable of playing a wide range of their songs with varying arrangements. On Sunday, “No Way Out” had a different opening and many of the songs had more beefed up solos than their studio-version counterparts.

Make sure you’re one of the lucky ones that see them on Feb. 28 at Fais Dodo in order to catch another one of their haze-filled performances.

Echo Park-based VS Colour served as the evening’s appetizer, jamming through an energetic set. The bass player was especially into the performance, rocking a long sleeves dress shirt with the sleeves unbuttoned and hanging loosely while he felt the vibe. There’s little information out there on this band, but they definitely fit quite well with Warpaint’s fan base. 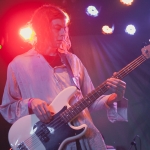 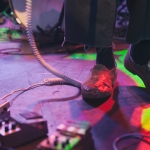 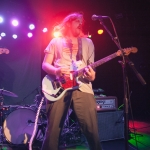 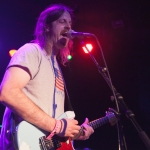 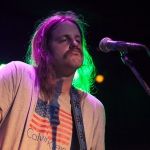 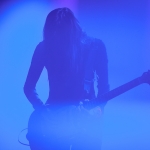 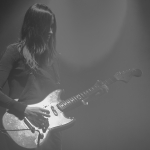 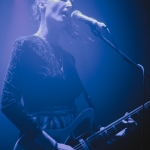 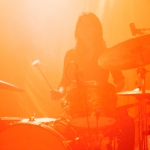 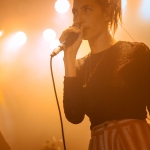 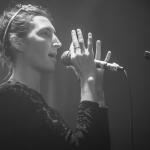 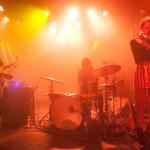 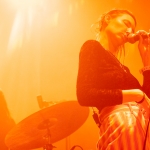 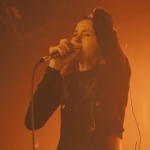 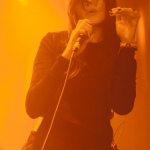 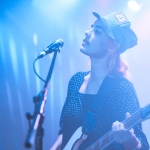 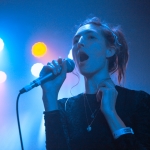 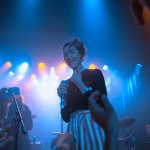 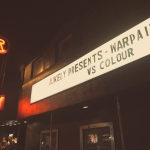 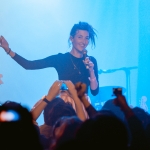