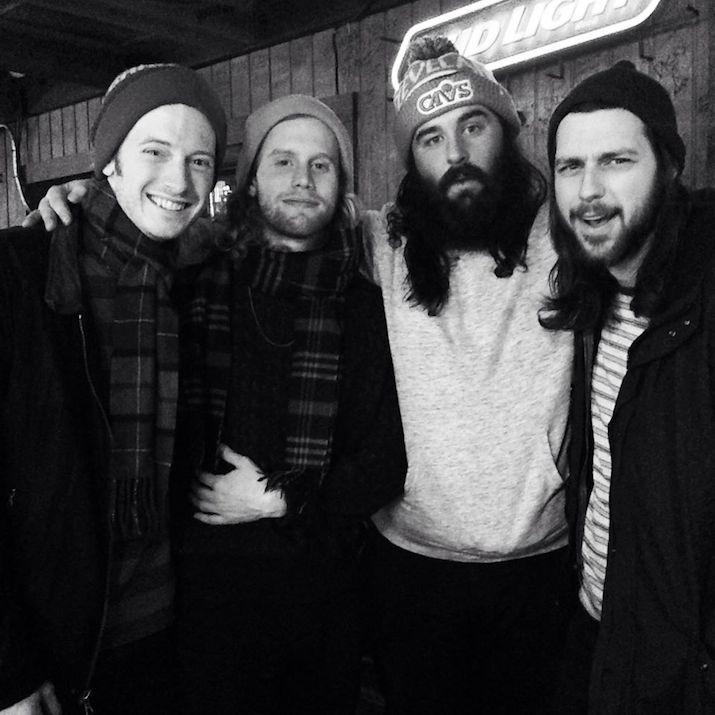 Traversing the lines between head-bopping pop-punk and sullen indie-rock are Ohio four-piece The Sidekicks. The band is currently on a massive tour in support of their 2015 album release, Runners in the Nerved World, available now via Epitaph Records. Hear the new tunes live when they take Los Angeles by storm with a headlining show at Jewel’s Catch One on Friday, February 27th. Get there early because supporting acts Cayetana and Dirt Dress will be kicking off this killer night of music.

Tickets to The Sidekicks at Jewels Catch One are priced at $10, show starts at 7 PM and the show is all ages. You can purchase your tickets or try winning a pair below!

First make sure you’re following Grimy Goods on Twitter here and/or “like” our Facebook page here. Next, email ggcontests@gmail.com with your full name for guest list and a clever reason why you want a pair of tickets to The Sidekicks at Jewel’s Catch One. When you’re done with your email, send us a Tweet so we know you entered the contest or you can post on our Facebook wall. We’ll select a winner that has done all of the above mentioned. Winners will be announced via email, Facebook and Twitter on Wednesday, February 18th. Winners will have until 10 AM on Thursday, February 19th to reply back to our email and confirm their win.

FACEBOOK: Just leave a comment on our wall letting us know you entered our contest for tickets to The Sidekicks at Jewel’s Catch One on Feb. 27th!

The Sidekicks – “Everything in Twos” (Live at Little Elephant)