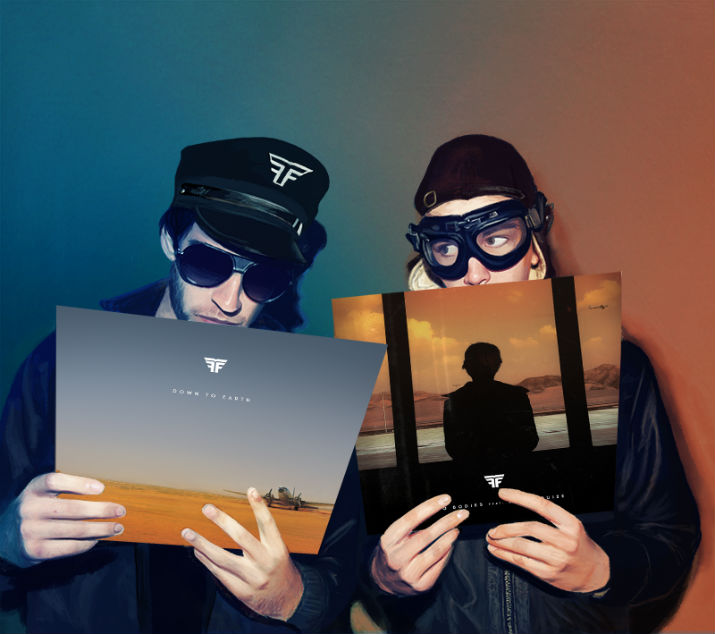 Mysterious electronic music duo and mix-tape maestros Flight Facilities are scheduled to make a special landing in Los Angeles on Wednesday, February 25th at The Fonda Theatre. The band is currently on tour in support of their debut album, Down to Earth, which features catchy tracks and prominent guests such as Reggie Watts, Emma Louise, Micky Green and more. Prepare to board an epic dance party! Supporting act is Touch Sensitive.

Tickets to Flight Facilities are priced at $25, doors open at 8:00 pm, and the event is all ages. You can purchase tickets or try and win a pair of tickets with us by entering the contest below!

First make sure you’re following Grimy Goods on Twitter here and/or “like” our Facebook page here. Next, email ggcontests@gmail.com with your full name for guest list and a clever reason why you want a pair of tickets to Flight Facilities at The Fonda Theatre. When you’re done with your email, send us a Tweet so we know you entered the contest or you can post on our Facebook wall. We’ll select a winner that has done all of the above mentioned. Winners will be announced via email, Facebook and Twitter on Sunday, February 22nd. Winners will have until 10am Monday, February 23rd to reply back to our email and confirm their win.

FACEBOOK: Just leave a comment on our wall letting us know you entered our contest for tickets to Flight Facilities at the Fonda Theatre on February 25!