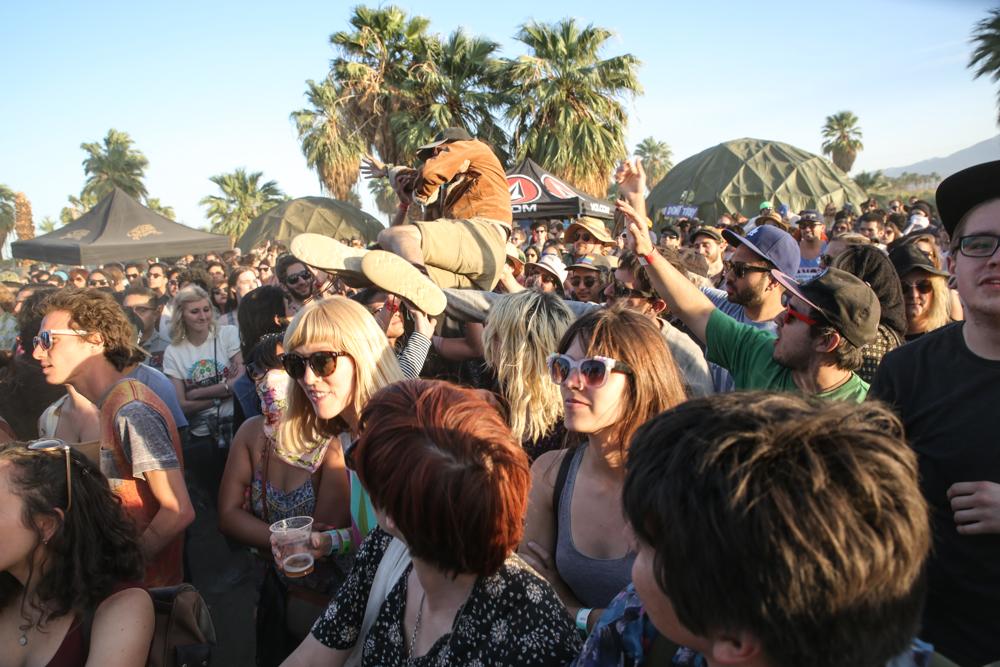 Back for its fourth year in a row, Moon Block is gearing up for its annual Desert Daze festival. This year’s event will take place May 2, 2015 at Sunset Ranch Oasis and will be headlines by Warpaint, Failure, and RJD2. Desert Daze will also feature The Budos Band, DIIV, Deap Vally, Chelsea Wolfe, Gap Dream, LA Witch, Jesus Sons and many more acts. You can view the full list of performers below.

Grimy Goods has been covering Desert Daze since their smokin’-desert-hot inception in 2012, and its a festival we look forward to every year. It’s smaller than Coachella and allows for that house party feeling. The vibes are warm and fuzzy at Desert Daze with a lot of laid back feels. All Moon Block events are organized and executed by a growing collective of artists and musicians, including members of JJUUJJUU, Deap Vally, Fever the Ghost and other local musicians and artists. We highly recommend you make the trip to the gorgeous Sunset Ranch Oasis and experience it all it’s sunkissed glory.

Tickets are on sale now and so are camping packages. Grab them here before they sell out! 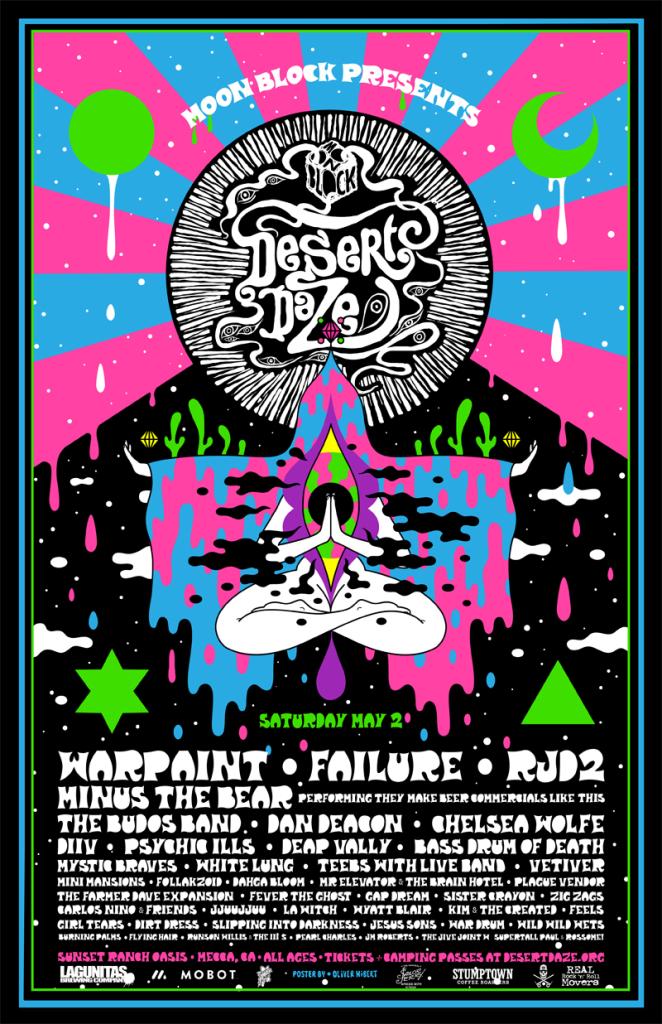 Moon Block Party 2014: An epic and intimate party of psychedelia and more at Fairplex Pomona