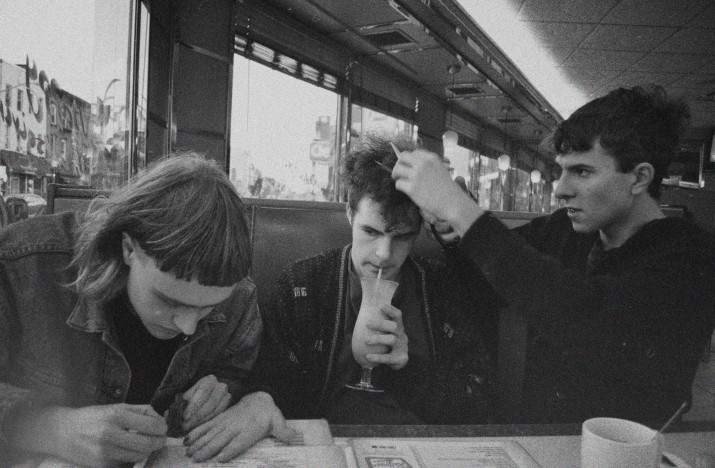 Olympia, Washington’s young post-punk outfit Naomi Punk are rolling through Los Angeles for a headlining show at Jewel’s Catch One on Friday, March 13th. After respected indie label Captured Tracks caught them kicking ass and taking names live back in 2012, they were signed shortly thereafter and released the 2013 album Television Man for the label – talk about impressive. Joining Naomi Punk on their Spring Fix Tour is NY improv fueled noise-punk collective PC Worship. Supporting acts are Wreck and Reference and So Stressed. Expect nothing short of mind-blowing music!

Tickets to Naomi Punk at Jewels Catch One are priced at $10, show starts at 8 PM and the show is 18-and-over. You can purchase your tickets or try winning a pair below!

First make sure you’re following Grimy Goods on Twitter here and/or “like” our Facebook page here. Next, email ggcontests@gmail.com with your full name for guest list and a clever reason why you want a pair of tickets to Naomi Punk at Jewel’s Catch One. When you’re done with your email, send us a Tweet so we know you entered the contest or you can post on our Facebook wall. We’ll select a winner that has done all of the above mentioned. Winners will be announced via email, Facebook and Twitter on Sunday, March 8th. Winners will have until 10 AM on Monday, March 9th to reply back to our email and confirm their win.

FACEBOOK: Just leave a comment on our wall letting us know you entered our contest for tickets to Naomi Punk at Jewel’s Catch One on March 13!

PC Worship – “Behind the Picture,” “Hawl,” “Baby in the Backroom”

So Stressed – “Merv King & The Phantoms” 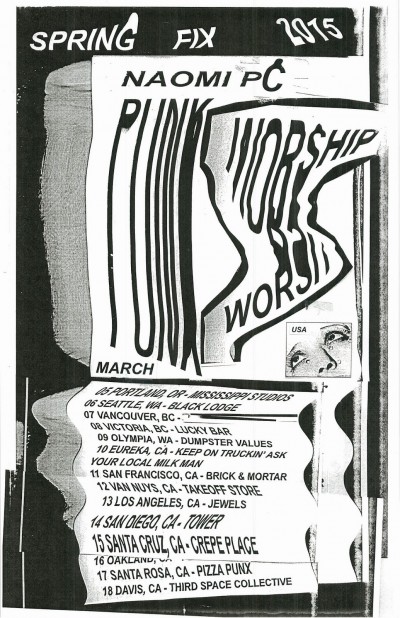