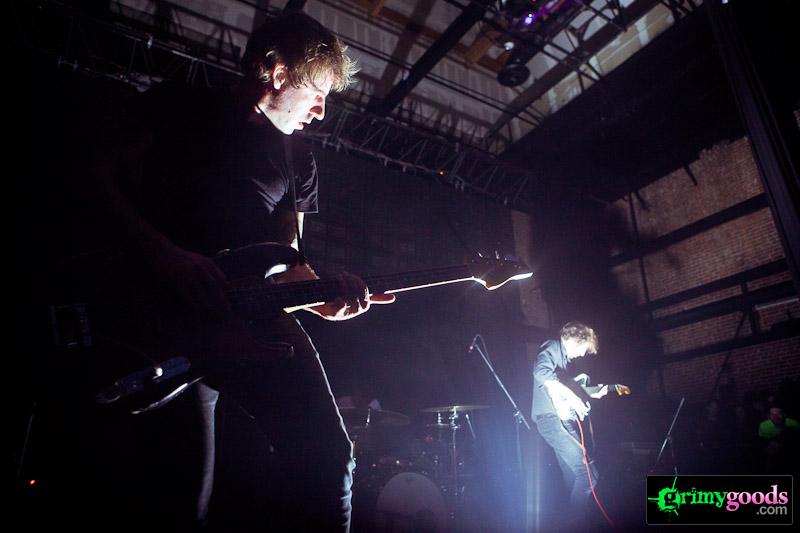 Get psyched because NY noise rockers A Place to Bury Strangers are scheduled to headline Part Time Punks at The Echo this Sunday, March 15th. We last caught them keepin’ things heavy at Psycho De Mayo and now they are touring in support of their new album Transfixation, which made our 16 Highly Anticipated Albums to Be Excited For In 2015 list. Supporting acts are Creepoid and Tennis System.

16 Highly Anticipated Albums To Be Excited For In 2015

Tickets are $12-15, show starts at 9 pm, and the event is 18-and-over. You can purchase tickets or try and win a pair of tickets with us by entering the contest below!

First make sure you’re following Grimy Goods on Twitter here and/or “like” our Facebook page here. Next, email ggcontests@gmail.com with your full name for guest list and a clever reason why you want a pair of tickets to A Place to Bury Strangers at The Echo. When you’re done with your email, send us a Tweet so we know you entered the contest or you can post on our Facebook wall. We’ll select a winner that has done all of the above mentioned. Winners will be announced via email, Facebook and Twitter on Friday, March 13th.

FACEBOOK: Just leave a comment on our wall letting us know you entered our contest for tickets to A Place to Bury Strangers at The Echo on March 15!

A Place To Bury Strangers – “Straight”