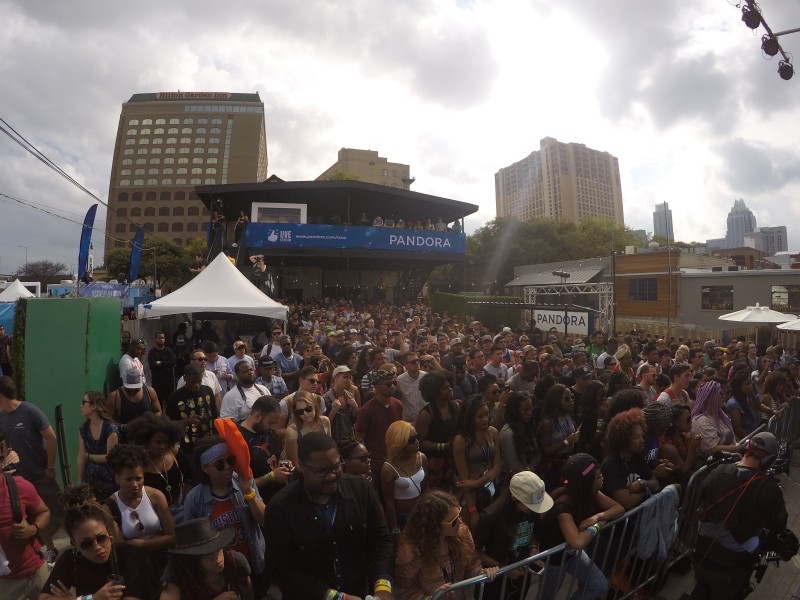 I woke up Thursday to the sound of housekeeping knocking on the door of my cheap motel room that I found at 3:30 AM for $60. It was 11 AM and I had planned on being awake a few hours earlier but after being at SXSW all day Wednesday, I needed the few extra hours of sleep.

Thursday would be a day of much less music compared to the previous day, but it was an important day for other reasons.

As soon as I got my coverage of Wednesday all written up, I went out to the Gibson Showroom to see Ryn Weaver perform for an upcoming Rdio Session, which will be streamed by Rdio at a future date.

I got there with plenty of time to spare and was able to talk to Ryn and a few people on her team a bit before she performed. She is incredibly charming and goofy and hilarious and she talked about the difference between being at SXSW as a performer and as an underage attendant of the festival a few years back. When it came time to perform, Weaver and her band were on point for what she said was a bit of a new experience for her.

She said she had done radio sessions before but usually it was just a couple of dudes in a booth saying “Good job” as opposed to this session where there was a dozen or so people taking it in. The title track from her upcoming album The Fool (due out in June) sounded fantastic.

From there, I headed out to the GoPro party down towards where more of the action was going down. Our editor (Sandra) made a connection with GoPro and they have hooked us up with some gear to shoot videos for the site (stay tuned for our #GoProMusic video coverage). I picked up the gear at the party and got a nice walkthrough on how to use it while also grabbing a couple of beers. I was told about this awesome contest GoPro is partnered with Guitar Center on called #DoneInOne, where you can win up to $20K in cash for uploading the coolest unedited music-related GoPro clip.

While at the GoPro party, I did a 15-minute phone interview with Meg Mac, a rising Aussie pop star that I’ve been intrigued by since seeing her cover BROODS’ “Bridges” on Triple J. This was her first trip to the States so we got to talk about that experience a bit — look for a feature sometime soon. 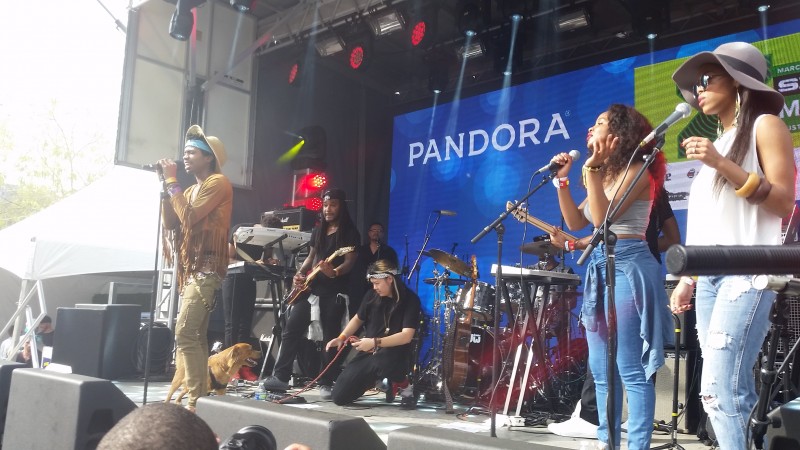 Anxious to try out the new gear, I headed to the Pandora Discovery Den and checked out Raury, the 19-year old singer from Atlanta. With a group of backup singers and some talented instrumentalists behind him, he delivered a fun set that took things up a notch. He asked the crowd to look to their left and introduce themselves to that person and you could actually see the crowd taking his advice and doing so. That is what music festivals should be all about, and Raury was on top of it.

After catching Raury, I walked about a mile up to the Republic Records compound where James Bay and Clairity would be performing a little later. After running into a friend I’ve known since third grade randomly (some SXSW magic), I was introduced to Handsome Ghost and Marian Hill and got to chat with them about their SXSW experience. Marian Hill had just recorded on an airplane for VH1, something that blew my mind.

Clairity is the 17-year old singer Claire Wilkinson with her awesome three-piece band behind her. A bit of electropop with an indie rock feel, her music definitely speaks to you if you ever felt like an outsider. After seeing her blow through a short but killer set (“Scarecrow” was my favorite), my friend turned to me and said “You said she’s 17? My mind is blown.” 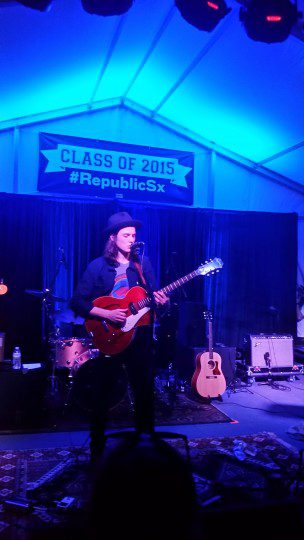 James Bay took the stage shortly afterwards and had the crowd of mostly gals swooning hard. Though his debut album is only just now coming out Mar. 23, many in the crowd were ultra-familiar with songs like “When We Were On Fire” and “If You Ever Want to Be in Love.” He proved to be extremely gracious and pointed out the people that couldn’t get in the event but who climbed a few flights of stairs at the adjoining apartment complex just so they could catch a glimpse of him.

From there I walked down to Rainey St. for the first time and tried to get into the StubHub event featuring Mew and BORNS, but they were at capacity and the fire marshall had arrived. With nothing else planned for the evening, I hit some of the smaller SXSW events along the street. There were some DJs spinning at Bungalow where there wasn’t a cover charge. After chilling there for a bit, I headed to Javelina and caught some Latin-flavored bands. Mon Laferte was the most memorable, a Chilean singer who judged Chile’s version of The X Factor. She had an interesting sound, a sort of pop meets metal.

After downing some pineapple fried rice, I called it a night knowing that Friday was going to be an insane day filled with music. 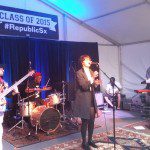 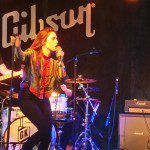 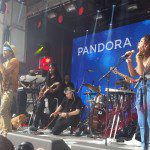 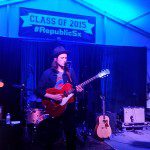 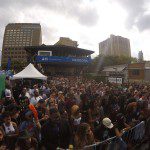 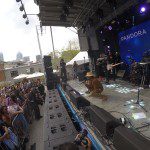