The new songs sounded built for the larger-scale venues that they’ll play on their upcoming tour (like July 12 at the Hollywood Bowl), except for the token slow ballad “Little Wanderer,” that came later in the set.

Ben Gibbard was funny as he was peppered with questions by a host in between the first handful of songs. The new album was made in Burbank and Gibbard confirmed the city plays a character throughout the album. When asked if LA is a hero or villain, Gibbard said “it’s neither, and that’s what’s so confusing about it.”

The band their set with songs from 2003’s Transatlanticism — maybe the last time Death Cab’s music was appreciated both critically and commercially on the largest scale. “The New Year” kicked things off, a song that was made for commercial rock radio — and then ending the set was the title-track that is the polar opposite. “Transatlanticism” is the seven-minute crescendo-building masterpiece that hits the hardest when experiencing live. In the smaller venue, it didn’t have quite the same effect but the quality of sound was as good as you’ll get.

Gibbard took a couple other visits to the past — “You are a Tourist” from 2011’s Codes and Keys; “Soul Meets Body” and “Crooked Teeth” from 2005’s Plans — but only once did the band take a time machine to their pre-mainstream success.

“Photobooth” was one of Death Cab’s early successes, a song that had radio friendly appeal if it weren’t so lo-fi. The drum-pad sound that begins that song sounds like it could have been played on a child’s toy, which is maybe why it felt slightly out of place from the rest of the set. That track still features some of Gibbard’s mightiest melancholy moments and he put them on display.

“The Ghosts of Beverly Drive” and “Black “Sun” are two Kintsugi songs that got played Thursday. They sound along the same lines of the previous two releases despite being the first without Walla as a producer (though he still contributed instrumentation).

One difference — it’s not “like one guitar and a whole lot of complaining” (yeah I watched The O.C., sue me) — at one point tonight there were three guitars being utilized. Their sound is fuller but Gibbard’s songs are as sad as ever. And damn, they sounded pretty great. 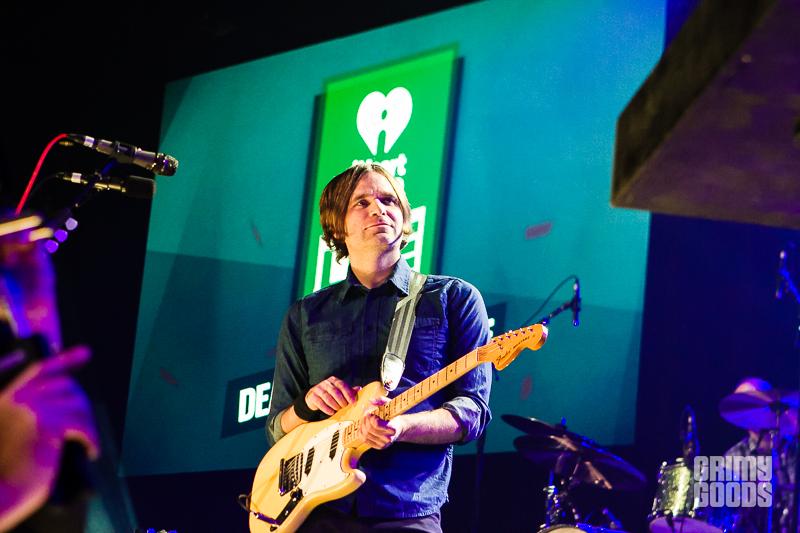 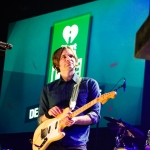 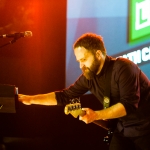 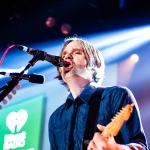 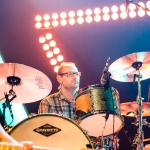 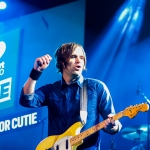 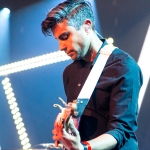 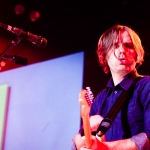 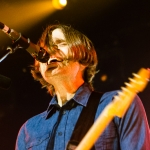 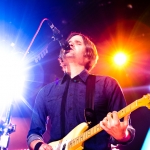 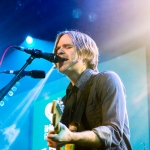 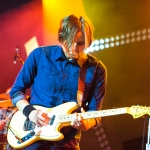 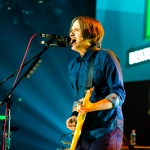