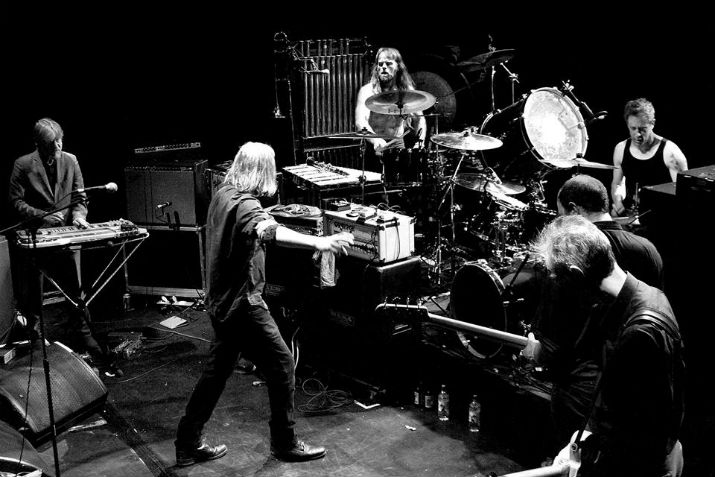 Emerging from the early 80’s New York no wave scene, and led by original member Michael Gira, Swans are a band that continue to evolve and develop strong, experimental post-punk soundscapes. The band has made several notable releases recently including: Oxygen, Filth (re-mastered), and their thirteenth full-length studio album, To Be Kind (Young God Records). On tour now, be sure to catch the masterful tunes live when Swans headline the El Rey Theatre on Tuesday, April 14th. Joining them for this special night of music is dazzling singer-songwriter Angel Olsen and the Permanent Records DJs. Both Swans and Angel Olsen are performing at Coachella this weekend and next. Don’t miss this special Coachella sideshow.

Tickets to Swans at the El Rey Theatre are priced at $32, doors open at 8pm and the show is all-ages. You can purchase your tickets or try winning a pair with us below!

First make sure you’re following Grimy Goods on Twitter here and/or “like” our Facebook page here. Next, email ggcontests@gmail.com with your full name for guest list and a clever reason why you want a pair of tickets to Swans at the El Rey Theatre. When you’re done with your email, send us a Tweet so we know you entered the contest or you can post on our Facebook wall. We’ll select a winner that has done all of the above mentioned. Winners will be announced via email, Facebook and Twitter on Sunday, April 12th. Winners will have until 10am Monday, April 13th to reply back to our email and confirm their win.

FACEBOOK: Just leave a comment on our wall letting us know you entered our contest for tickets to Swans on April 14th at the El Rey Theatre!

Swans – “To Be Kind” Album Teaser