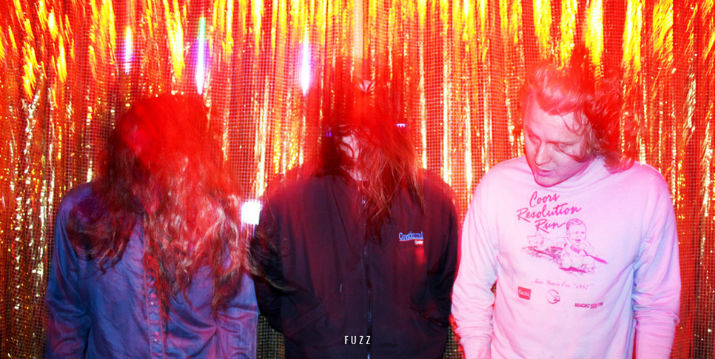 Garage punk/hard rock power trio FUZZ is a mini super-group comprised of famed underground musician Ty Segall on drums/vocals, Charles Moothart on guitar and Roland Cosio on bass. The band is scheduled to headline the El Rey Theatre on Friday, April 24th. Hear them tear it up live with tunes off their self-titled debut available via In The Red Records. Your ears may be ringing for days afterwards but it will be totally worth it. Opening this wild and raucous night of rock n’ roll are CCR Headcleaner, Endless Bummer and KXLU DJs Domenico and Anna.

Tickets to FUZZ at the El Rey Theatre are priced at $18, doors open at 8 pm and the show is all-ages. You can purchase your tickets or try winning a pair with us below!

First make sure you’re following Grimy Goods on Twitter here and/or “like” our Facebook page here. Next, email ggcontests@gmail.com with your full name for guest list and a clever reason why you want a pair of tickets to FUZZ at the El Rey Theatre. When you’re done with your email, send us a Tweet so we know you entered the contest or you can post on our Facebook wall. We’ll select a winner that has done all of the above mentioned. Winners will be announced via email, Facebook and Twitter on Tuesday, April 21st. Winners will have until 10am Wednesday, April 22nd to reply back to our email and confirm their win.

FACEBOOK: Just leave a comment on our wall letting us know you entered our contest for tickets to FUZZ on April 24th at the El Rey Theatre!

Endless Bummer – “Such a Drag”