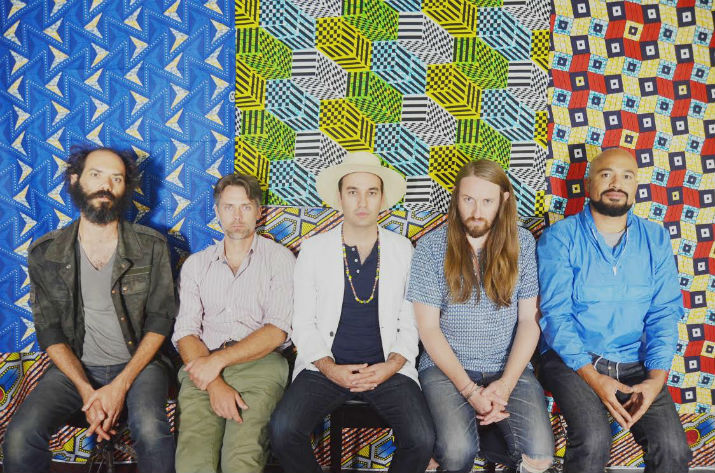 Whittled down to a quartet, Los Angeles Afro-pop infused indie outfit Fool’s Gold, may have the least amount of band members than ever before but they are really getting down to the good stuff, the cream filling if you will, of their unique sound. Their third album, Flying Lessons (ORG Music), is scheduled for a limited release on orange vinyl for Record Store Day, this Saturday, April 18th, before its wide release due out May 19th.

Initially the pace of Flying Lessons feels much slower than sophomore record Leave No Trace, which grabbed us by the cajones with its bark and bite. Upon closer and repeated listening, the intricacies of the arrangements begin to reveal themselves and grab your attention – a subtle but seductive affair. The bright and jangly dance beat coupled with succulent ooo woah ohs of title track, “I’m in Love” pulls out all the stops, leaving you with that butterflies in the stomach feeling. “Break the Cycle” busts a move with a ’70s era soul guitar groove, add Luke Top’s signature woozy vocals into the mix, and it was a winning combination that certainly had me hooked – I went from critically listening to critically dancing in zero to sixty. Also, three words: epic sax solo. I predict this will be the crowd-pleaser at shows, with everyone losing their shit at the precise moment that the high notes are struck. At first it felt tame but soon I found myself drifting away to the bittersweet lullaby and weepy guitar of “Wildflower” and the low-key “Devotion.” Even these mellow tracks find a way to strike a chord that resonates deep within. Flying Lessons was off to a slow start, but when I took the time to kick back and enjoy it, it was clear to me that slow and steady really does win the race, and makes for an ace album. So I highly recommend you get your listen on, but take the time to do so.

To gain a little more insight into the world of Fool’s Gold and the making of Flying Lessons we chatted with vocalist/bassist Luke Top on what it was like working on the new record, what’s so special about playing at home in Los Angeles, how to get the French to love you, and more. Read on!

GG: You guys are gearing up for a European/UK tour this April/May which includes several stops in France, as well as London, Belgium and Amsterdam, before landing back in Los Angeles for a hometown show in May. What’s the secret to getting the French to love you?

LT: Act totally aloof, but show that you secretly care with a subtle, playful look in your eyes. Do that and the possibilities are endless.

GG: What do you look forward to the most when playing abroad?

LT: My favorite tour pastime is staring out the van window. Like a puppy, on its way to the vet. Seriously though, there’s a lot of pleasure there for some reason. This concludes the emo portion of this interview.

GG: If you could bring one thing, anything at all, back from the Europe/UK with you, what would it be?

GG: What excites you about playing at home in Los Angeles?

LT: Our next hometown show is at the Troubadour (5/14! Plug time! Heyo!). I grew up going to that place and always thought if I could ever play there I’ve “made it.” So every time I play there I have that feeling. There’s just so much musical history in that room, it’s a sacred place.

More generally speaking, there’s nothing like playing a gig and seeing your friends and family in the audience. There’s something really casual about it that I love…I guess that’s the feeling of being at home. Plus when your loved ones are silently judging you, it adds a whole of of “vibe.” I kid.

Last point: where would any band be without their hometown fans? They are everything. There is definitely a bond and a relationship there like no other. Especially with LA FG fans who are down to get freaky. 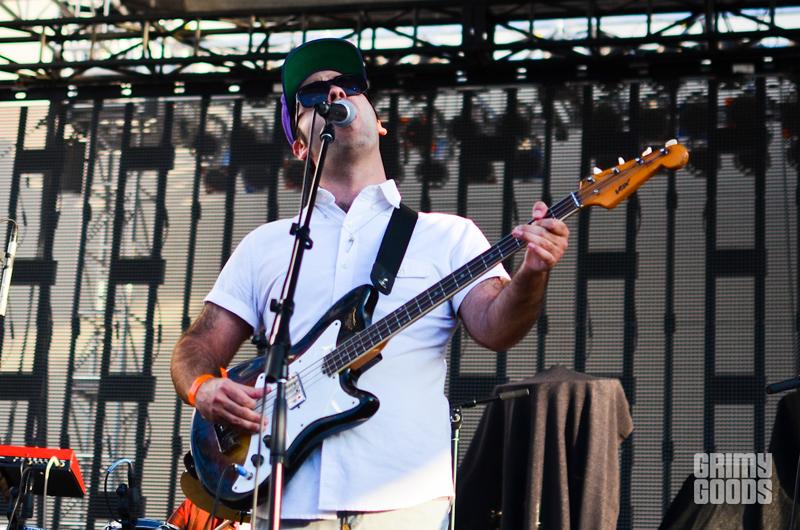 GG: What are the top three songs/albums on your current music playlists?

LT: Been jamming these records lately:

GG: How did the writing/recording process of the album differ from your previous release Leave No Trace?

LT: We definitely spent way more time writing and recording it. Without going into too much detail, I can say it took several months. This might explain why it’s been so long since we’ve been blazing the scene. We’re already talking about doing something way more curtailed if we make another record.

GG: “Ta’alumah” employs some Hebrew lyricism, reminiscent of your self-titled album. Can we expect to hear more Hebrew in forthcoming songs? Or are you guys planning on staying the English-language course for awhile?

LT: It really depends on whether the song seems like its asking for it. There’s definitely a unique, hard to describe feeling to writing and singing in Hebrew. I imagine I will continue chasing that. What do you think? Should we go back and do another all Hebrew album? For some reason I’m always pleasantly surprised when people find a connection with it.

“Ta’alumah” was a special case because I wrote it with the help of my oldest brother, which is something I’ve never tried before. The song is about our dad immigrating to the U.S. from Israel, from his perspective, in his headspace. So the Hebrew just seemed like the natural move. Roll tears. 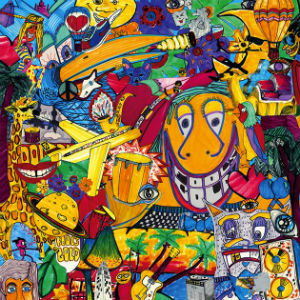 Flying Lessons Track Listing:
I’m in Love
Lady of the Lake
Break the Cycle
Another Sun
Wildflower
Devotion
Don’t Be Like Them
Flying Lessons
Ta’alumah
Run With Me (Bonus Track)