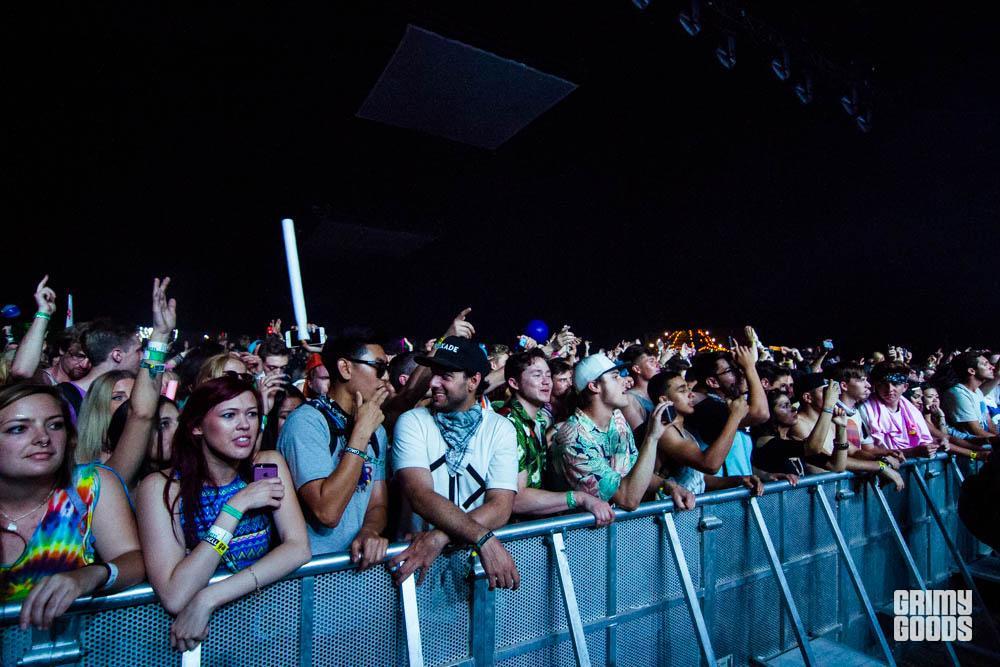 Grimy Goods contributor Mark E. Ortega is embarking on a six-week music festival tour around the United States. That all begins with Shaky Knees Music Festival this weekend in Atlanta, and Mark has a preview of the festival below.

Let’s face it: there are an insane amount of music festivals these days. After seeing the level of success festivals like Coachella and Bonnaroo have obtained, festivals have sprouted up all over the States, attempting to position themselves as one of the top-tier music festivals in the country. So the question is: what makes Shaky Knees special?

For one, they are out to prove that rock and roll isn’t dead. There is no electronic or hip-hop element to this festival. If you like rock — and particularly indie rock, though indie pop is a feature as well — this festival caters directly to you. Some will argue that variety is what draws them to a music festival, the ability to see a little bit of everything. But based on how well Shaky Knees has been attended the first few years (and an increase in capacity from 35,000 to 40,000 this year), there are those out there that just want to rock. As Shaky Knees founder Tim Sweetwood told Consequence of Sound in February, “You’re not reinventing the wheel, but you’re putting up a different wheel and seeing if people will ride it.” The Strokes are the “big get” for Shaky Knees in 2015. In 2014, the headliners were The National, Modest Mouse, and Spoon. I would rate The Strokes as a slightly higher-profile headliner than any of 2014’s, though the band hasn’t put out any new material in two years. Still, they are excellent performers when on, as evidenced by last year’s FYF Fest-headlining set. The Strokes are doing a few other stateside festivals this year (including Big Guava in Miami the day after their Friday set at Shaky Knees), but the only top-tier festival in the States they are doing is Austin City Limits.

The other headliners this year are The Avett Brothers and Tame Impala. The Avett Brothers have two dates in May, Shaky Knees and Napa Valley festival Bottle Rock (which I will also be covering for Grimy Goods). They are from nearby North Carolina and therefore should be well-received. Tame Impala were a second-line billing at Coachella and they put on one of the more memorable performances of both weekends. They’re heavily on the festival circuit in 2015.

What made Shaky Knees the first fest on my trip was the strength of the undercard. Of the six fests I am covering, acts like Wilco, Pixies, Social Distortion, Spiritualized, Neutral Milk Hotel, Best Coast, The Black Lips, Old Crow Medicine Show, The Both, Wavves, Kaiser Chiefs, Mastodon, American Football, Minus the Bear, The Mountain Goats, and Tennis are all unique to Shaky Knees. On top of that, there’s Noel Gallagher & The High Flying Birds, Interpol, Ryan Adams, Ride, Death From Above 1979, Brand New, and a slew of other awesome bookings. It really is a very deep lineup.

Because of the way the festival is setup, with some stages side-by-side, the set times aren’t staggered at all. This makes it difficult to catch half-sets where there are major conflicts — and boy, are there many. On Friday, there’s Pixies vs. Brand New vs. James Blake. Saturday has Neutral Milk Hotel vs. Interpol and Noel Gallagher vs. Wilco vs. ZZ Ward. Sunday has Ride vs. Old Crow Medicine Show vs. Minus the Bear.

The other small issue with the festival is that the headliners all play unopposed. This makes me think that it’ll be really hard to get a good spot to see any of them, and if you were someone that wasn’t a big fan of one of the headliners, there are no alternatives to you.

I’m a fan of all genres, but more than anything, I’m an indie rock guy. This lineup spoke directly to me. Despite the previously mentioned logistical issues, I expect to have a killer time in Atlanta and am expecting Shaky Knees to set the tone for what will be one of the greatest six-week stretches of my life.