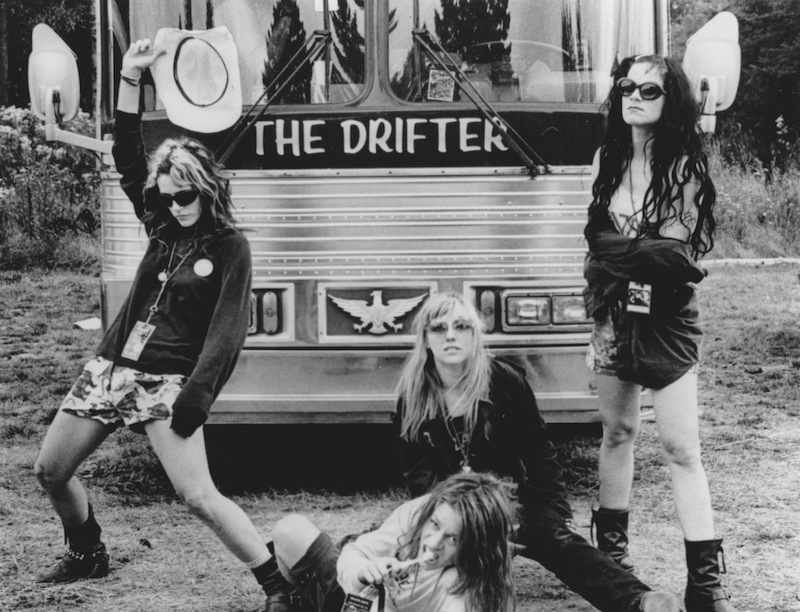 The iconic feminist grunge punk outfit, L7 have announced an intimate show date at The Echo. L7 will headline The Echo on Thursday, May 28 as a warm up gig to their upcoming European tour. The band just recently funded over $130,000 for their documentary film via a Kickstarter campaign. Directed by award-winning documentary filmmaker, Sarah Price (American Movie, The Yes Men, Summercamp) the documentary film titled “L7: Pretend We’re Dead”, was plucked from over 100 hours of vintage home movies taken by the band, never before seen performance footage, and candid interviews. The film will take fans on a behind-the-scenes ride through L7’s growth and their involvement in the 1990’s grunge movement.

After catching Babes In Toyland’s recent reunion show at The Roxy, without a doubt, L7’s gig at The Echo is one not to be missed. Don’t snooze on this!

GET TICKETS TO L7 AT THE ECHO!