Day one of Austin Psych Fest / Levitation left me a muddy mess. I had hoped that the forecasted thunderstorms wouldn’t actually come to be, but alas it IS raining here. Well, actually it is pouring here! Rain from the sky and big fields mix into what you ask? The answer is a big sludgy mud pit. EVERY pathway was a possible sinkhole trap. Levitation tried to temper the mud with a sawdust mix though it really didn’t do much to keep it at bay. But, as music fans we carry on. The festival is our church and a slimy mud pit isn’t going to hold us back.

I was excited to see…

Mini Mansions. They were at the top of my list to see at Levitation. Made up of Zach Dawes, Tyler Parkford, and Queens of the Stone Age bassist Michael Shuman they play a blend of rock that’s psychedelically groovy. Even though the crowd was a little light at this point in the day there were plenty of fans that didn’t let the mud stop them from dancing.

DIIV from New York took to the Reverberation (main) Stage to a crowd that had finally filled in by 9pm and were ready to party despite the muddy mess we had been trudging through all day. DIIV’s set was the set that snapped everyone out of it and made us forget about the less than ideal weather. We all got lost in their dreamy, fuzzy rock.

After DIIV, highly anticipated Spiritualized took the stage. I’ll start with the positive here; if you are a mega fan of Spiritualized and know the lyrics and chords (all three of them) to each of their songs then you would have dug this set. But the soft tones and airy astetic of their sound seemed to put the crowd into a hypnotic trance of sleep.

The solution to the sleepy sounds of Spiritualized was Australia’s Tame Impala. The minute they walked out, and even before the first note was played, the crowd was screaming. We were more than ready for the hip gyrating perfection of the band. PACKED to the front the fans closed their eyes and swayed to the beat, on the far out wings, girls danced in their own world hands in the air reaching for the stars. In the back, couples were close in the dark leaving no question about what was on their minds. Tame Impala treated us to several tracks off their highly anticipated album, Currents, including ‘Eventually’, which is a groovy track that weaves its way under your skin.

Closing out day one of Austin Psych Fest / Levitation was none other than noise punk band Metz. They played in the Levitation tent and I think they may have lit the stage on fire with their guttural, hard hitting music. Alex Edkins, guitarist and singer, screamed his way into my head. I am not a punk girl, but damn if Metz didn’t put on one of the most intense and interesting shows of the day. Levitation had needed a rebellious, middle finger attitude after a long day of slip sliding in the mud pit.

My discovery for the day was the trippy sounds of White Fence. New to me (although Grimy Goods has covered them numerous times), I really dug their grungy garage sound. On a few songs they swung us with jangly guitars and others psychedelic harmonies. We were all bobbing our heads and enjoying the trippy zone that White Fence had put us in.

On a non-music tip: I had to take the time during my day to try famed Texas BBQ. If you read my preview for Levitation you know that this is my first time to the Lone Star state. EVERYONE told me that when I was here I had to make time to try Texas BBQ. I have few words to describe how amazing meat that is slow cooked for 12 some odd hours taste. All I can say is this: MMMM, AHHHH, OMG, YUM!!!!

Tomorrow I set off for another day to play in the mud at Austin Psych Fest / Levitation. Wish me luck and send good vibes that the weather gods stop crying so we can have a dry day. Better yet, send that rain over to my home of Southern California. We need it.

Hayden Menzies of METZ getting tattooed in the Sailor Jerry Airstream 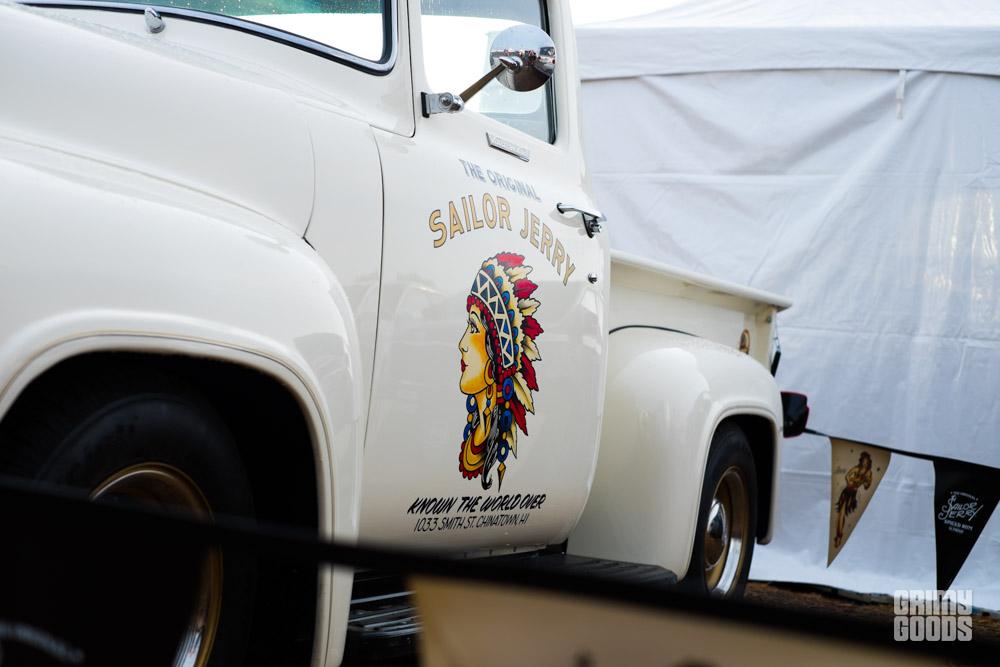 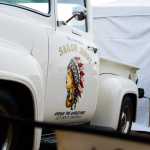 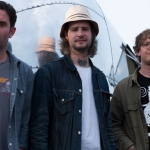 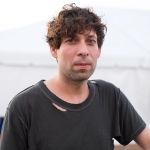 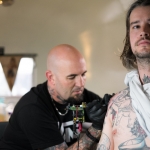 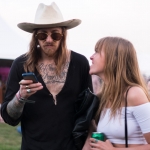 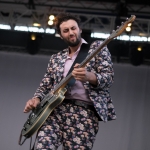 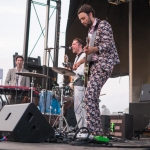 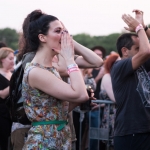 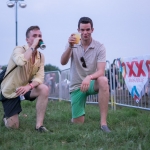 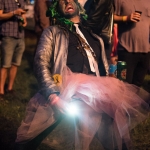 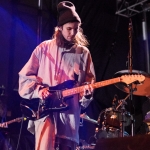 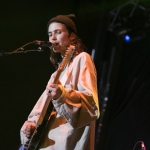 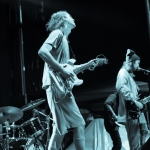 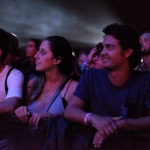 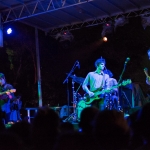 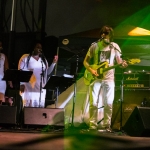 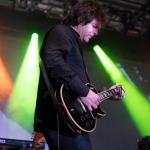 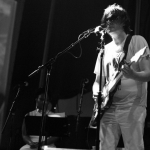 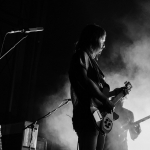 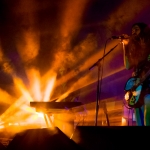