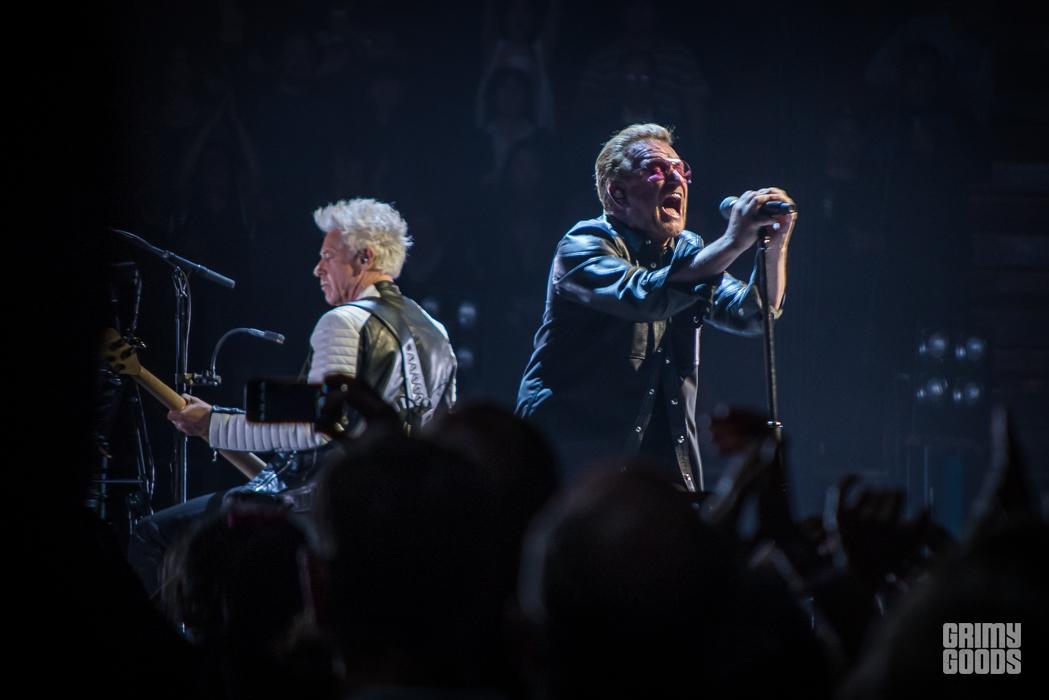 When U2’s latest album Songs of Innocence was released and gifted to all Apple users for free without asking, the band took a bit of a PR hit. On Tuesday, Bono and Co. proved that it didn’t have a negative effect on their drawing power nor their claim as one of the best arena rock bands in the world as they kicked off the first of five nights at The Forum.

Beginning things with their single “The Miracle (Of Joey Ramone),” U2 played a good number of songs from their first album in five years. The response was pretty enthusiastic, with people singing the words to some of the songs that haven’t even hit the radio.

“No one has been kinder to this band in the world than Los Angeles,” Bono proclaimed early in the set. “This song was in heavy rotation on KROQ before it was in heavy rotation in our own town,” he said before busting into “I Will Follow,” the first of many classic ’80s U2 tracks that would be played throughout the night.

There was one thing I noticed immediately when I took my seat. As far as my eyes could see, I looked to be the only person under 30 around me. While it could be true that the days of U2 making new fans could possibly be over — and hating U2 seems to be the cool thing to do if you’re a twenty something — rumors of U2’s demise have been greatly exaggerated. 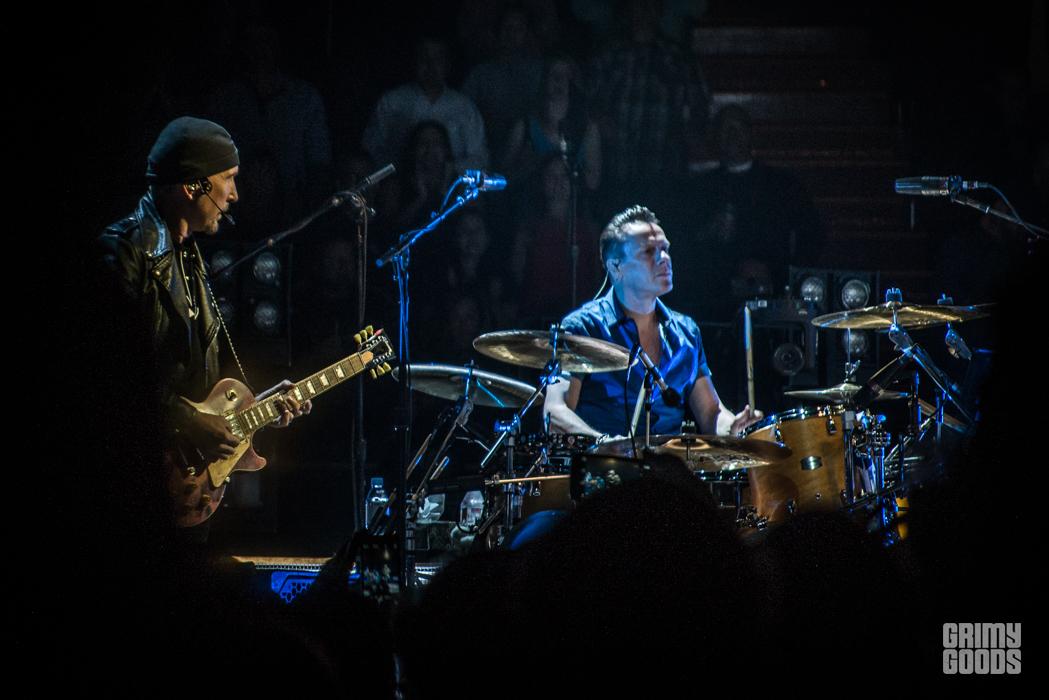 The pit was packed almost two hours before the band took the stage. People next to me recounted memories of past U2 gigs. One of my favorite bands of all-time, I was getting my first experience and was promised I was in for an experience of a lifetime. U2 definitely delivered on that.

U2 has always been pretty ahead of the curve when it comes to their stage and visual setup, and their INNOCENCE + eXPERIENCE Tour is no different. The stage had a catwalk that extended all the way to the other side of the arena. Above, a giant video screen that could be seen from both sides hung from the ceiling. At various points in the show, each member of the band appeared INSIDE the video screen, something I haven’t seen before.

For “Sunday Bloody Sunday,” each member of the band walked to the middle of the catwalk, with drummer Larry Mullen Jr. banging a snare drum that hung from around his torso. The version was a bit slowed down, and on the video screen showed the pictures of unarmed civilians whose lives were lost in Ireland in 1972 on Bloody Sunday.

As could be expected, the political and social messages trickled throughout the two-hour set.

“Dr. King, we need you in Ferguson and Baltimore now more than ever,” Bono said during Pride (In the Name of Love)”. “We need the spirit of nonviolence, the spirit of love.” During the encore, Bono also called for help to end the transmission of AIDS from mother to child as he transitioned from a snipped of Paul Simon’s “Mother and Child Reunion” into “Where the Streets Have No Name,” which gave me goosebumps for the duration of the song. 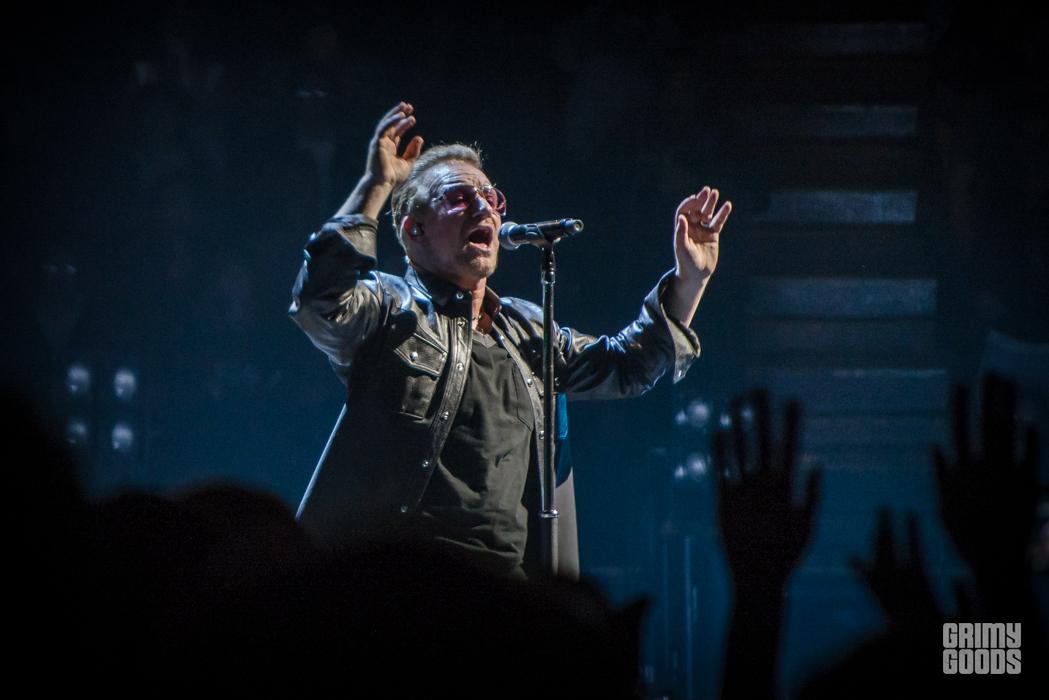 Though there were many powerful moments, like when “Every Breaking Wave” featured Bono singing and The Edge playing piano, there were a number of playful moments as well. For “Sweetest Thing,” Bono spotted a lookalike in the crowd and pulled him onto stage. Bono had him wear a device that was equipped with the live streaming app Meerkat, which appeared on the video screen above. Bono enticed the impostor to sing, and in a surprise twist, the dude had the pipes to hit the difficult high notes that come along with the song. I would later find out that the guy fronts a U2 cover band. He was pretty good, but not quite “Even Better Than the Real Thing,” (which was played earlier in the night).

The band closed their set with classics. After “Pride,” U2 played “Beautiful Day,” the lone song they would perform from their 2000 smash album All That You Can’t Leave Behind before closing with “With Or Without You” from The Joshua Tree. Their encore began with “City of Blinding Lights,” where Bono pulled another fan on stage to share in the moment. After “Streets Have No Name,” the Irish rockers closed things out with “One,” sending the fans home happy.

As I waited for my ride home, I spoke to a couple of people outside the venue. One man had come from the UK just to see U2 on Tuesday and Wednesday. There were tons of people from all over the world — Latin America, Eastern Europe, even Australia — proving that though U2 may have taken a PR hit in the States, they’re as big of a band globally as they’ve ever been. There are few acts these days that can put together a show of that magnitude, let alone having done it for 35-plus years.

As long as they keep delivering shows like Tuesday’s, they’re not going anywhere.

In other sad news, Variety has reported that U2’s manager of 30 years was found dead in his Los Angeles hotel room this Wednesday morning, just hours after U2’s Forum kick-off. 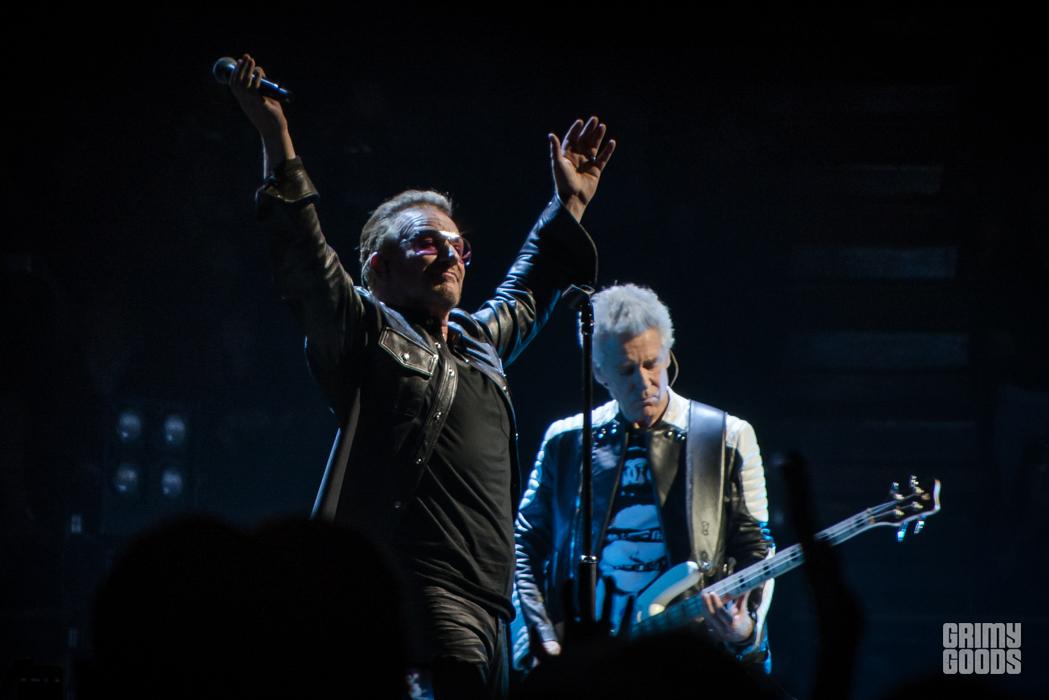 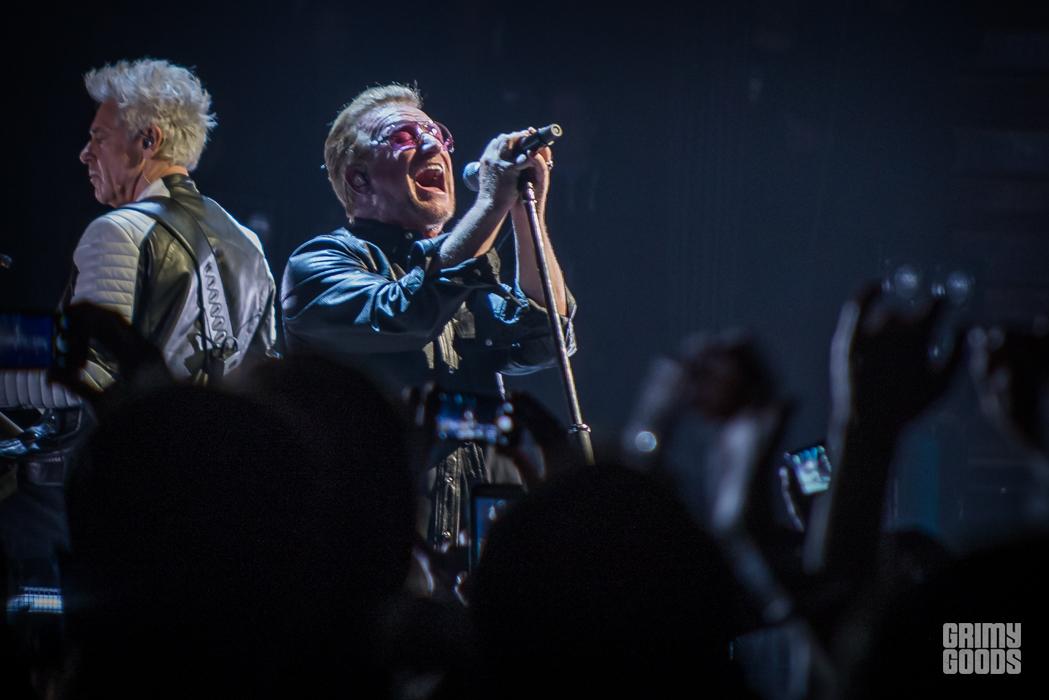 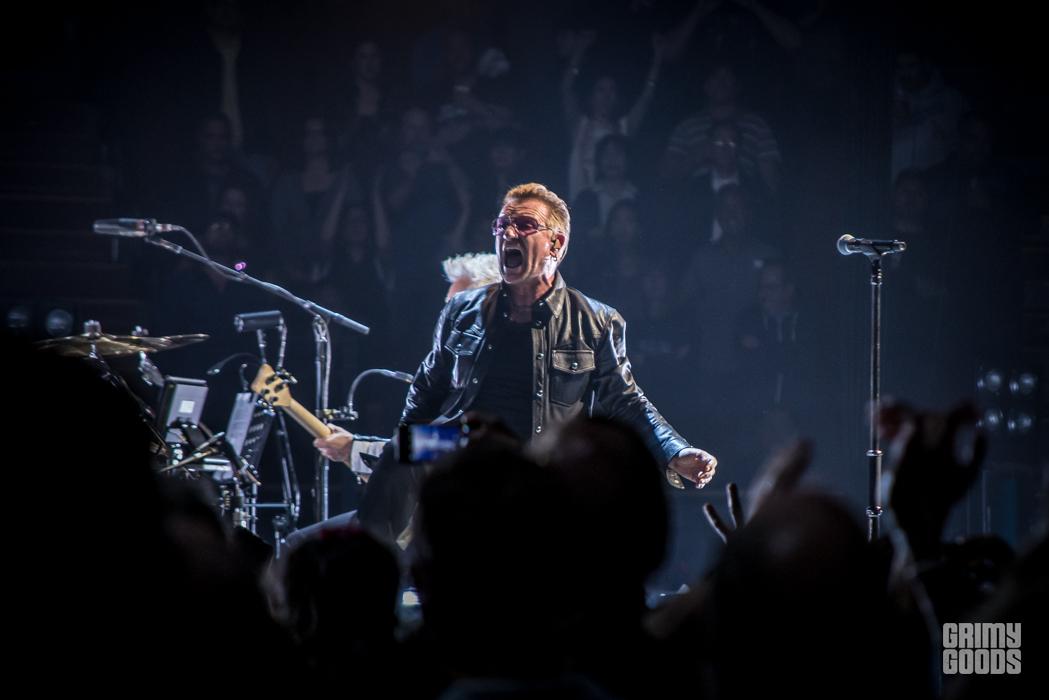 The Miracle (Of Joey Ramone)
The Electric Co.
Vertigo
I Will Follow
Iris (Hold Me Close)
Cedarwood Road
Song for Someone
Sunday Bloody Sunday
Raised by Wolves
Until the End of the World
Intermission: The Wanderer
Invisible
Even Better Than the Real Thing
Mysterious Ways
California (There Is No End to Love)
Sweetest Thing
Every Breaking Wave (acoustic)
Bullet the Blue Sky
Pride (In the Name of Love)
Beautiful Day
With or Without You

Encore:
City of Blinding Lights
Where the Streets Have No Name
Mother and Child Reunion
One

Want more photos of U2 at the Forum? Check out the photo gallery below! 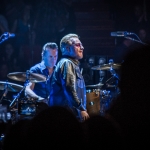 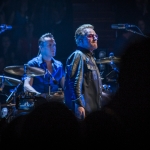 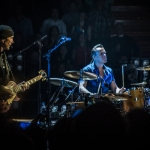 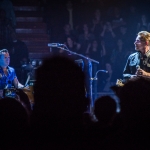 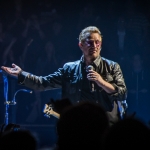 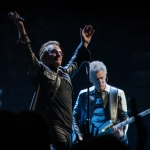 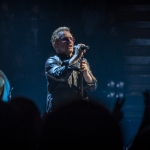 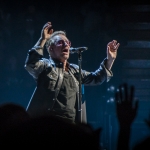 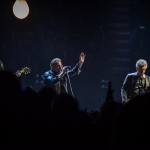 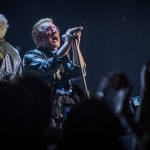 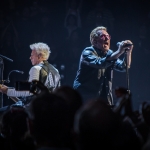 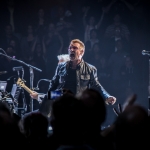 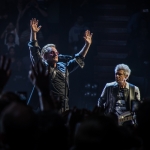