Let me start by saying that the only reason I was interested in going to the Tedeschi Trucks Band show this week at The Greek Theatre was because of Sharon Jones & The Dap Kings. I’m not a fan of the blues and despite the misleading tour name, “Wheels of Soul”, this was most definitely a blues tour. Both Doyle Bramhall II and Tedeschi Trucks are both incredibly talented, but I can’t get behind the music. The real stand out of the night was the lovely Miss Sharon Jones. She was by far the most charismatic and entertaining performer of the evening. Backed by Daptone Records house band, The Dap Kings, Sharon gave it all she had with a set loaded with songs from her latest release. Give the People What They Want, plus a couple of covers including “I Heard It Through The Grapevine” and Woodie Guthrie’s “This Land is Your Land.”

Opening the show was Doyle Bramhall II. Maybe it’s just me but Bramhall seemed a little resentful of the fact that he had to play to a very minimal crowd, not that I don’t blame him, it was 6:30 p.m., the sun was in full effect and people were probably just getting home from work. Tedeschi Trucks closed out the night and seemed to please the crowd but like I said, the blues ain’t my thing and I can only take so many guitar solos.

Sharon Jones and The Dap Kings

Sharon Jones and The Dap Kings 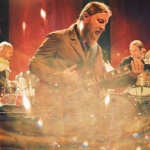 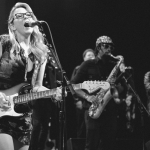 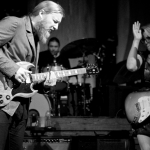 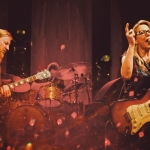 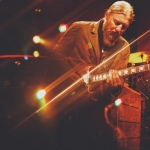 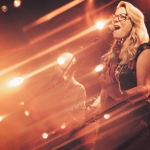 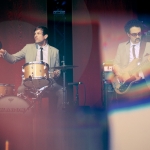 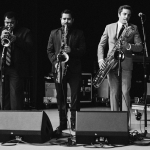 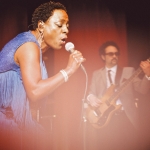 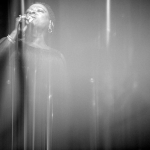 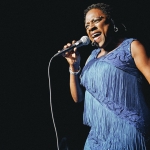 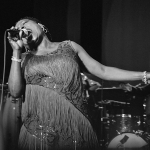 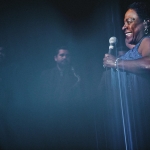 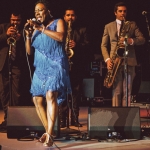 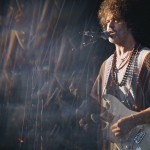 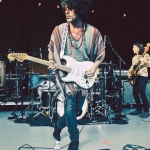 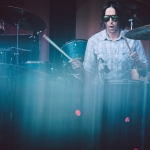 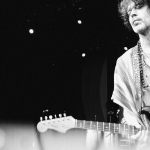 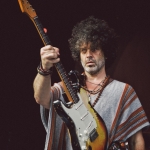 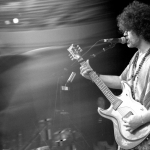 Charles Bradley shines with all things love, passion and soul at The Roxy