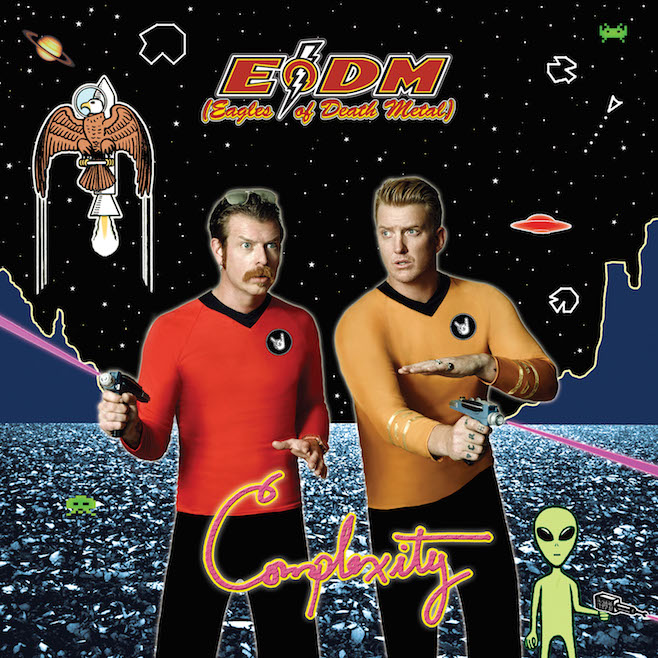 It’s been seven years since we heard any new material from Eagles of Death Metal (Jesse Hughes and Joshe Homme of Queens of The Stone Age). The wait is finally over. The dup also known as Boots Electric and Baby Duck have finally released a new single titled “Complexity.” Along with the funky new single, comes some funky new artwork featuring a very Star Trek-eque Hughes and Homme. The new single comes from Eagles of Death Metal’s forthcoming record, Zipper Down. The band reports on their Facebook page that they will be sharing some “some big ol’ announcements” tomorrow. Stay tuned!

Photos: Queens of the Stone Age with Chelsea Wolfe at Gibson Amphitheatre – Aug. 17