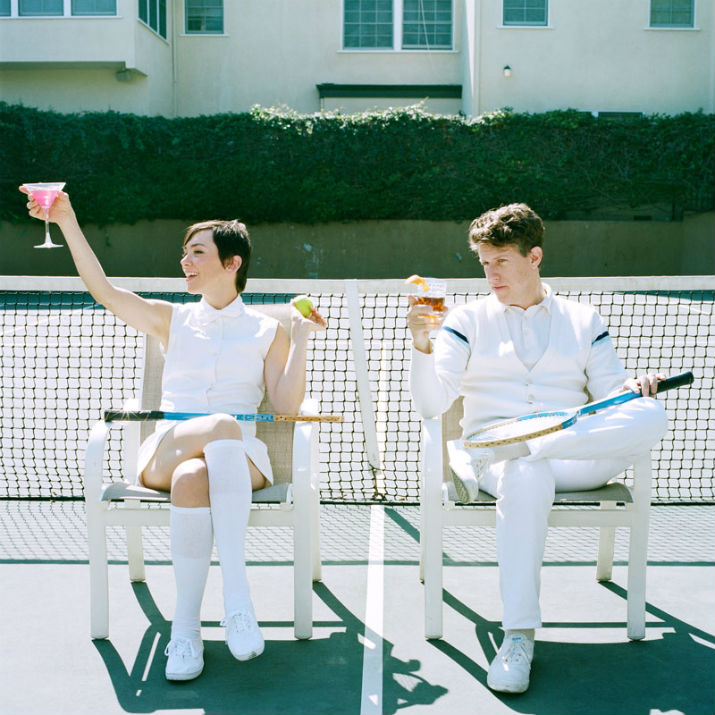 Dreamy indie jazz-pop duo The Bird and The Bee, aka Greg Kurstin and Inara George, are back on the music scene and scheduled to headline The Theatre at Ace Hotel on Sunday, July 12th. Their new album Recreational Love is due out July 17th and features the sizzling single, “Will You Dance?” which has already garnered a remix by Robert DeLong and a music video featuring Patton Oswalt and Simon Helberg (see below!). Be of the first to hear the new songs live! Malaysian songbird and guitarist/ukelele player Zee Avi supports – hear tunes off her latest album Nightlight.

Tickets for The Bird and The Bee at the Theatre at Ace Hotel are priced $25 – 30, doors open at 7pm, and the event is all ages. You can purchase tickets or win a pair of tickets by entering the contest below!

First make sure you’re following Grimy Goods on Twitter here and/or “like” our Facebook page here. Next, email ggcontests@gmail.com with your full name for guest list and a clever reason why you want a pair of tickets to The Bird and The Bee at The Theatre at Ace Hotel When you’re done with your email, send us a Tweet so we know you entered the contest or you can post on our Facebook wall. We’ll select a winner that has done all of the above mentioned. Winners will be announced via email, Facebook and Twitter on Wednesday, July 8th. Winners will have until 10am Thursday, July 9th to reply back to our email to confirm their win.

FACEBOOK: Just leave a comment on our wall letting us know you entered our contest for tickets to The Bird and The Bee at the The Theatre at Ace Hotel on July 12!

The Bird and The Bee – “Will You Dance?”

The Bird and The Bee – “Will You Dance?” (Behind the Scenes)