Ryn Weaver played in front of a sold out show last Saturday at the Constellation Room. Weaver performed her debut studio album, The Fool, in its entirety. Opening with “Runaway” really got the crowd excited and screaming for the excellent performer that is Ryn Weaver. So young and full of energy, Weaver danced all night and showed she knows how to work the stage. Her white heels didn’t appear to be comfortable for the task and she took them off, leaving them mid stage. Early into the set there were some technical difficulties when the band started playing “Sail On”. Band members could no longer hear the click, but after Weaver had the audience turn back and point to the sound guy, it was quickly solved. Towards the end, Weaver read a list of names and congratulated birthday girls on their sixteenth birthday advising them to enjoy life because we don’t really know what we’re doing at 16, or ever.

Sam Dew opened or Ryn Weaver. When he asked if anyone knew what his name was, it seemed like nobody had heard of him. However, as soon as everyone heard his mesmerizing voice, they were instant fans. During the short set a woman by the bar yelled “sexy voice”, putting a huge smile on Dew’s face. 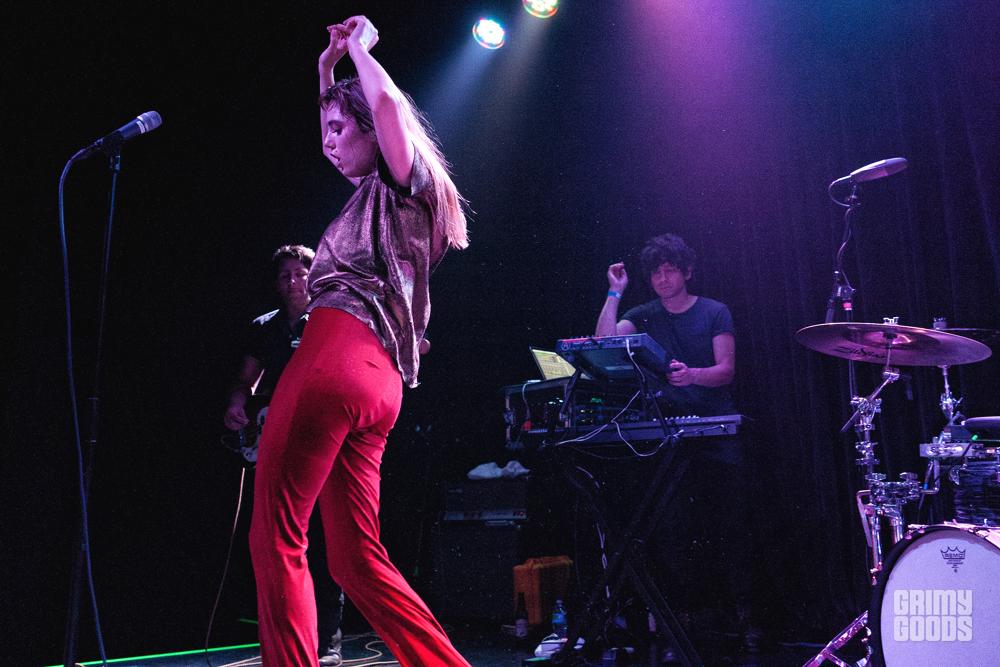 yn Weaver proves the buzz is real in Coachella set