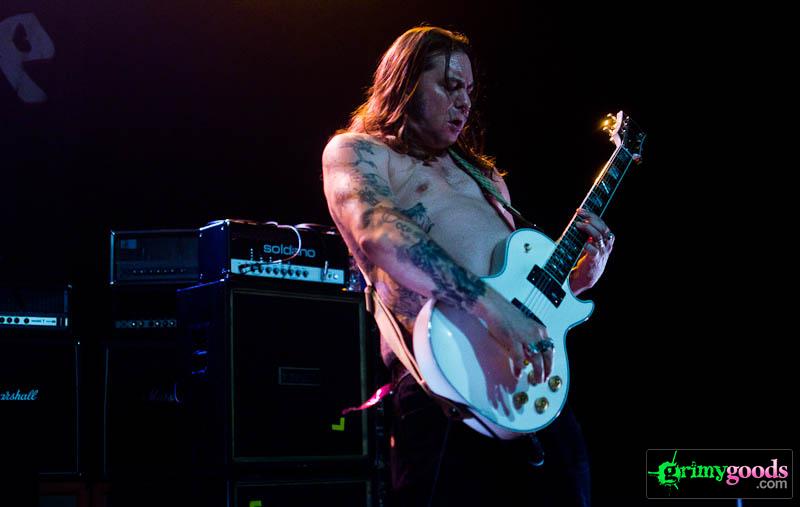 Oakland stoner heavy metal trio High On Fire have been gaining accolades for their newly released, seventh full-length album, Luminiferous. Get ready to headbang along to new songs when the group blazes through Los Angeles with a headlining show at The Echoplex on Friday, July 31st. Listen to single “The Black Plot” and hear exactly why they remain the kings of the underground metal scene. Supporting acts are Pallbearer, Lucifer and Venomous Maximus.

Tickets to High On Fire are priced at $25, show starts at 8:00 pm, and the event is all ages. You can purchase tickets or try and win a pair of tickets with us by entering the contest below!

First make sure you’re following Grimy Goods on Twitter here and/or “like” our Facebook page here. Next, email ggcontests@gmail.com with your full name for guest list and a clever reason why you want a pair of tickets to High On Fire at The Echoplex. When you’re done with your email, send us a Tweet so we know you entered the contest or you can post on our Facebook wall. We’ll select a winner that has done all of the above mentioned. Winners will be announced via email, Facebook and Twitter on Monday, July 20th. Winners will have until 10am Tuesday, July 21st to reply back to our email and confirm their win.

FACEBOOK: Just leave a comment on our wall letting us know you entered our contest for tickets to High On Fire at The Echoplex on July 31st!

High on Fire – “The Black Plot”

High on Fire – “Rumors of War”

Pallbearer – “Watcher in the Dark”