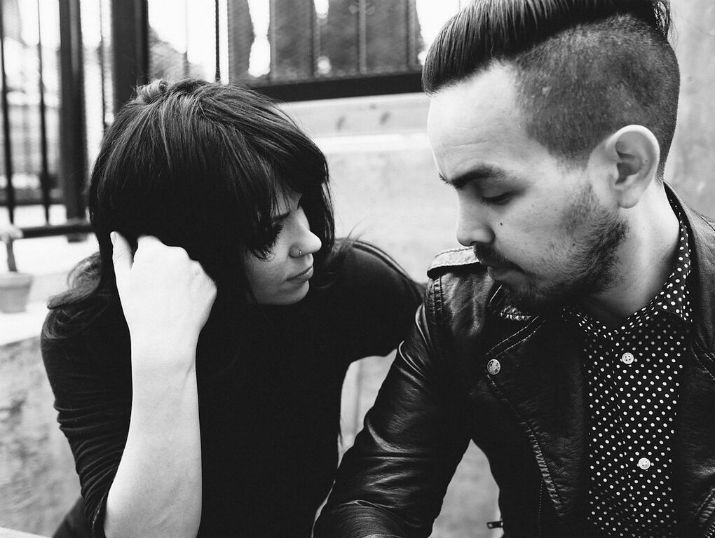 Los Angeles indie synth-pop duo Sad Robot (aka Katherine Pawlak and Nicolas Perez) are constantly working hard and playing hard when it comes to writing and releasing songs that fuel the inner desire to dance. That kind of musical and songwriting strength combined with a gracious attitude towards their fans, also makes the band genuinely impossible not to love. Sad Robot self-released their brand new album, Après Moi, Le Déluge, on June 23rd and now we proudly present the video for their newest dance-worthy single, “Battered”—premiering right here on Grimy Goods!

Shot in black and white, “Battered” has a film noir feel to it and an overarching somber, mystifying mood yet it also glimmers with little details such as stand alone, exposed light bulbs, rising smoke, and string lights that add hints of brightness and contrast throughout. That tone is further complimented by zooming in-and-out, with various scopes of clarity and focus, on the members of the band (full live lineup) and their instruments. Front-woman Katherine Pawlak’s stubborn stance, concentrated face and sultry, low vocals build up and erupt into a ferocious exhale of powerhouse vocals (“you get me high, you get me high on your love“). With head banging and jerky dance movements about three minutes in, it’s a sure sign that this is the type of song one can easily let loose to.

We chatted with vocalist Katherine ‘Kat’ Pawlak to find out more about the making of the video.

On working with directors/videographers Kevin Schlanser and Jeremy Cordy…”Kevin Schlanser (who shot our “Fear Me” music video) and Jeremy Cordy (another director we worked with for an upcoming music video)—they both film the Après Moi, sessions. We wanted to work with them again because they both have such a great understanding of our music and overall vibe, and we love their creativity, and knew they would do this video justice. I edited the video afterwords and was pleasantly surprised by the outcome.”

On the most challenging and rewarding part of making the video for “Battered”…The most challenging part for this particular song was the editing and the sync. We got great footage and audio for this song but matching up the two camera angles with different takes on performance and making it seamless was tricky.

The reward was this was the last song that we recorded that day so the band really gave it all their guts—from performance to filming. At one point Kevin (camera man) was on his knees with me during the bridge section to capture that part as up close and in the moment as possible. It was a great moment and my favorite part of that whole day. He did such a great job.

For anyone who is a fan of Kitten, Florence and the Machine and other artists of that kind, or for anyone who simply appreciates a well-crafted, melodic synth-pop tale of heart break and heart ache, then absolutely do not pass up listening (and bedroom dancing) to your new favorite song, “Battered” (you’re welcome). You can purchase the new album Après Moi, Le Déluge via iTunes.

Also, be sure to catch Sad Robot’s album release show/party tonight, Wednesday, July 22nd at El Cid, along with supporting acts Omniflux and Coyote. Hear all the new tunes live and let your breath be taken away!

Watch the video for Sad Robot’s “Battered” below. 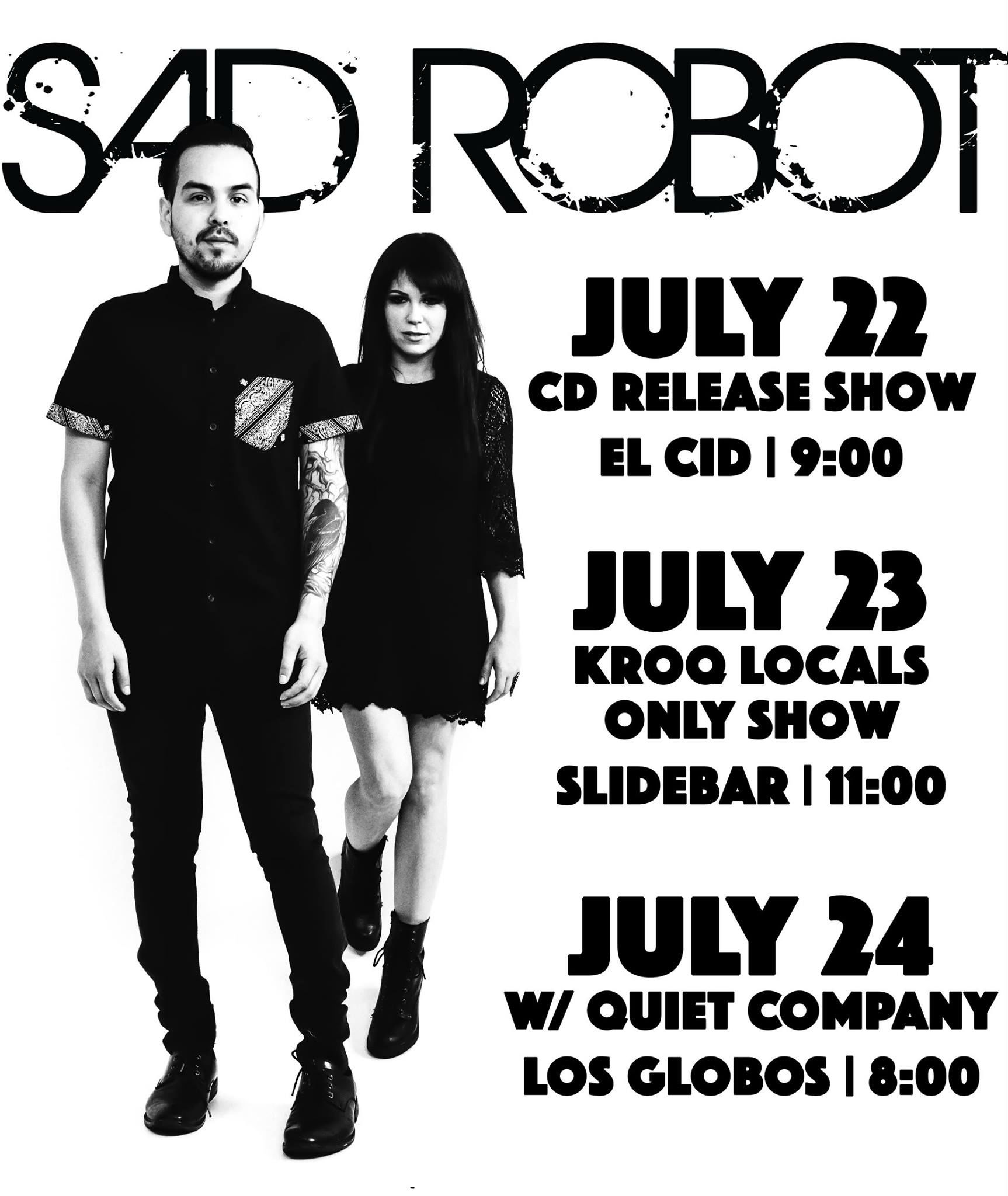