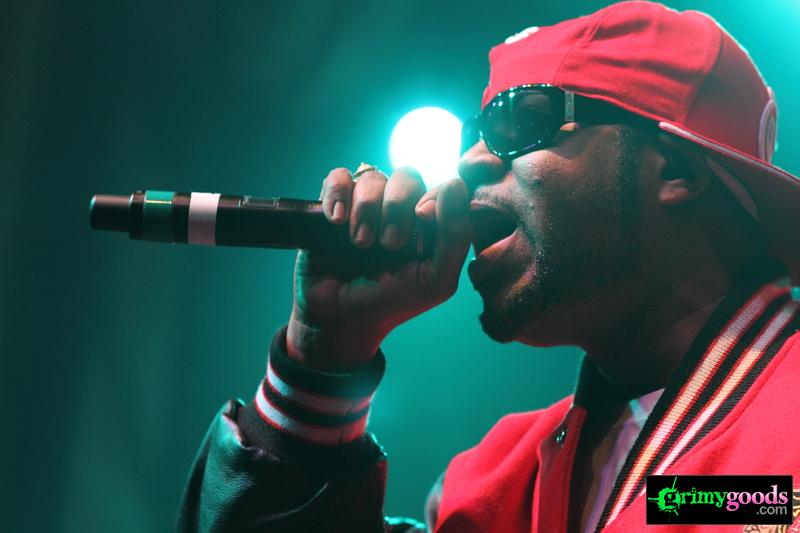 Two parts of the famed hip hop group Wu-Tang Clan, Raekwon (aka ‘The Chef’) and Ghostface Killah, are taking over the iconic Belasco Theater in downtown Los Angeles for a ballin’ night of beats and rhymes. The fierce rappers are bringing their Only Built 4 Cuban Linx 20th Anniversary Tour to town. – so fans of the classic album, don’t miss out on your chance to hear it it live in its entirety! Special guest Dillon Cooper supports.

Tickets to Raekwon at the Belasco Theater are priced at $27, doors open at 8:00 PM and the show is all ages. You can purchase tickets or try winning a pair with us below!

First make sure you’re following Grimy Goods on Twitter here and/or “like” our Facebook page here. Next, email ggcontests@gmail.com with your full name for guest list and a clever reason why you want a pair of tickets to Raekwon & Ghostface Killah at the Fox Theater. When you’re done with your email, send us a Tweet so we know you entered the contest or you can post on our Facebook wall. We’ll select a winner that has done all of the above mentioned. Winners will be announced via email, Facebook and Twitter on Friday, August 7th.  Winners will have until 10 am Saturday, August 8th to reply back to our email and confirm their win.

TWEET: Yo, @GrimyGoods! I wanna win tix to @Raekwon & @GhostfaceKillah on August 18 at The Belasco DTLA! http://ow.ly/QhrqK

FACEBOOK: Just leave a comment on our wall letting us know you entered our contest for tickets to Raekwon & Ghostface Killah at the Belasco Theater on August 18th!