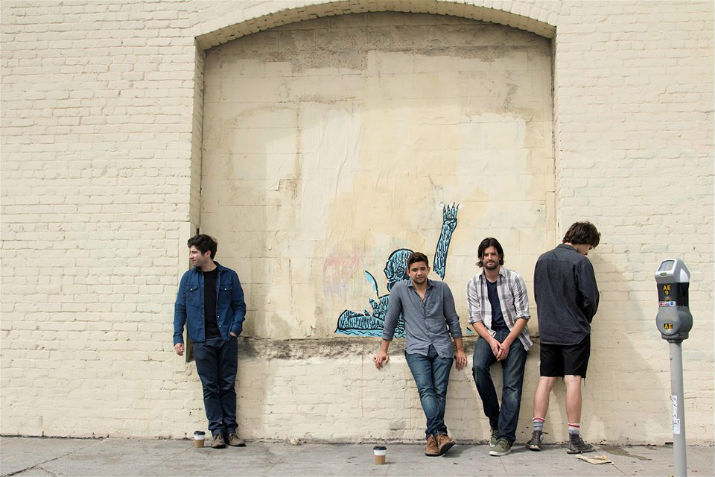 One man’s favorite music is another man’s aural abomination, and sometimes said men find the strength to put their differences aside and find a happy musical medium. In the case of Los Angeles indie rock quartet Late Night Friends, when they first formed in late 2013, members Jonathan Baron and Barrett Shuler began to write music but were butting heads over vast differences in musical taste. Baron was on one side of the ring with his preference for ’60s psych and ’70s punk and Shuler on the other, moved by Jeff Tweedy and obscure instrumental bands. With a little help and encouragement from mutual friend and drummer Keith Roenke they soon realized their shared love of ’90s bands, and the rest is history.

Fast forward to the present and Late Night Friends’ debut record What I Think I’m Not drops August 7th via Limited Fanfare Records, proving that sometimes we can just all get along. That shared love of ’90s bands comes through and the nine-song album feels like a throwback to the influential era. Yet the music never lingers too long in any one genre nor does it wade too deep in any one feeling. This ability to transition seamlessly between everything from dreamy shoegaze to moody alt-rock keeps the momentum strong throughout the listening experience, making What I Think I’m Not an honest and stimulating debut. You can purchase the album on limited edition color vinyl or digitally via Limited Fanfare.

“We Are OK” is a sleepy rock anthem that seamlessly traverses between glimmering guitar riffs and distorted fuzz. You can relish in the angsty moments just as much as the lighter touch ones.

“All to Myself” is a straightforward grunge rock track that builds up into a wild, headbanging composition of wailing guitar, thumping drums, and scratchy vocals that you just might find yourself screaming…err…singing along with.

We chatted with all four members – Barrett Shuler, Alex Gallner, Keith Roenke and Jonathan Baron, to learn more about the recording process, ’90s trends, the awkward experience of opening for David Cassidy and more. Read on!

GG: In three words, please describe your debut album What I Think I’m Not.

GG: You guys worked with producer Steve Kille (Dead Meadow) at XEMU HQ to record this album. Tell us a bit about the writing/recording process.

BS: We recorded all the tracks live to give it an authentic sound and to not try to sound like something we were not. Steve was integral in that process. He was a big proponent of going with how something felt rather than whether or not it was perfect and I loved that about him.

KR: We had most of the songs already formed and ready to go when we entered the studio. We went for a truly live performance feel and sound. Steve has a great ear and made the process organic and fun. It was great mixing his raw sensibility with some of our more mainstream songs.

GG: Shuler and Baron, you guys have some differing tastes in music (as previously noted) but have bonded over a love of ’90s bands. Tell us about your favorite ’90s bands and how/when you first discovered them.

BS: I have always been a huge fan of Radiohead. As far as other ’90s bands I really liked Oasis, Green Day’s Dookie, Offspring’s Smash. I remember listening to Oasis’ “Champagne Supernova” over and over again. I couldn’t kick the feeling of how that song made me feel. I didn’t even known what getting high was but I felt like I did after listening to that song. For some reason that song always made me think of a blimp, a big blimp.

JB: We’re both big Radiohead fans, which is about as unique as being fans of the sun being out. I used to obsessively listen to (The Smashing Pumpkins’) Mellon Collie and the Infinite Sadness. I have the distinct memory of being 9 years old and having this ritual where I’d lace up my rollerblades to go play roller hockey with that record on repeat and getting all psyched up. I still know all those songs by heart.

GG: Apart from ’90s music, what ’90s pop culture trend do you remember and look back on most fondly?

JB: Chain wallets. Blockbuster Music. Lollipops, like those green apple and caramel ones.

GG: You guys are running a special limited vinyl pressing of the debut album. What are your favorite albums from your personal vinyl collection?

BS: The Books’ Lost and Safe or Tortoise’s TNT.

JB: The Telescopes’ As Approved By The Committee. It’s bright pink.

GG: You guys had what appeared to be a pretty entertaining experience opening up for David Cassidy (see video below). What would you consider the most awkward / memorable moment of that night?

BS: Him giving us harmony advice OR when he told Jonathan to turn down his “FUZZ” pedal and then when we played another song and the sound guy said it sounded great, and he (Cassidy) said to Jon, “You know you should really turn up your fuzz pedal a little more and rock out.” OH DAVID.

KR: When he came to introduce himself and I said my name was Keith, he laughed out loud and expressed that he knew the feeling. I didn’t get the joke ’till later someone told me his character’s name on The Partridge Family was Keith.

Stream Late Night Friends’ new song “We Are OK” below. 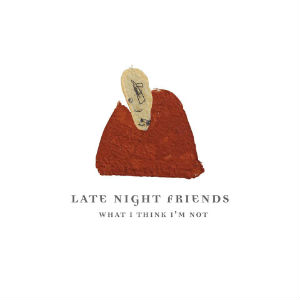 Late Night Friends are celebrating their What I Think I’m Not album release with a show at The Satellite tomorrow, Thursday, August 6th. Rywolf and State to State round out the bill. Click here for tickets and stay tuned to their Facebook page for other upcoming shows.